Only through our own humanity…

My prayers are for an end to the conflict in Syria. Enough families have paid the price. A good friend of mine yesterday spoke of two fundamental issues, even when the bombs stop: “[may] the ‘allies’ spend as much money rebuilding Syria as they have spent on bombarding it…and that we can teach each other to laugh at the people trying to radicalize those around them [on all sides]”. It’s a tall order I know, but we have to live in hope.

These are not words from some philosophical statement by a respected academic. I’m just a simple man trying to describe how I feel; just from a guy with one eye on what is happening in my neighbourhood. These are just my views…

For many, last year saw incredible suffering, death and destruction, and a level of hate and bigotry resurfaced in politics, the media, and even on the street, that most decent human beings thought was long a thing of the past, or so we’d hoped.

We saw the Syrian Civil War engulf yet another year, with over a third of a million having lost their lives, leaving the country devastated, ravaged by war. Headline news has seen the plight of refugees from across the region. Around four-five million have left the country, with most taking relative shelter here in Türkiye, in Lebanon, or Jordan, as well as those having now made it to European soil. Yes, there are numerous refugee camps here, but the volume is so great, many are forced to live on the streets. Don’t believe that? Come see for yourself. It’s a pitiful sight.

Added to that there are some ten million internally displaced across Syria. To those who ask why they don’t “stand their ground, and defend their country like our forefathers”, I would suggest they ask themselves “where should they sign up?”, “who should they join?”, and more importantly, “who should they fight?”, and “with what?”… The majority of civilian casualties have been at the hands of their own army, their own government, backed by Russia, Iran, and Hezbollah, armed also by the likes of Cuba and North Korea. There are some thirty armed groups on the government side alone. Perhaps they should fight with the opposition, but that again consists of another thirty or so armed groups (often said to be the ‘good guys’).

One such opposition group is ISIS. They spread their terror wherever they can, take on anyone and everyone (on all sides), killing tens of thousands of the general population of Syria in their wake. Remember of course, that their battle is political and not just religious; the vast majority of their victims are Islamic, a fact generally not reported, but kind of obvious if you consider the regional demography. But of course, atrocities committed outside the region grab the headlines. As despicable as these acts are, we live in a world dominated by the media, with the balance of impartialism long since been abandoned in favour of trading in that best-selling currency, fear. Mostly, it’s a war fought through foreign policy politics of various country’s ‘national interests abroad’. What’s new? 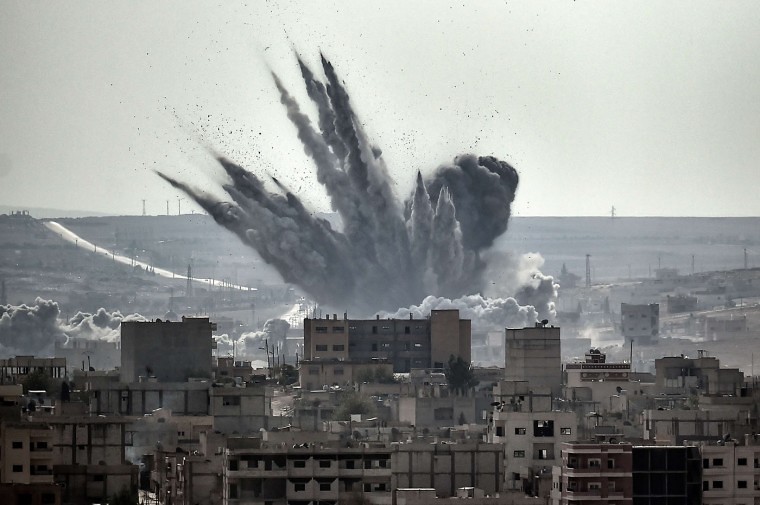 Complicated doesn’t begin to describe it. It’s not as simple as voluntary sign-up to fight a common external force invading or threatening your sovereign soil. There are normal people caught up in all this, normal educated hard-working Syrians. It’s not as simple as “stay and defend your homes”; this isn’t like the traditional wars of old.

So, should they have the right to flee in search of a better life, or any life? History would say yes – to flee from oppression, war, genocide, death and destruction has always been seen as inevitably the right move, again borne out in history, but sadly that seems to depend on who they are, and from where they flee. I appreciate the concerns of those countries who are taking or considering taking in refugees, but it does seem that memories are short when it comes to the plight of humanity. Sometimes it seems that compassion is a commodity delved out on a points-based system, with factors that should not be relevant, casting shadowy overtones spreading slowly like a plague across the western world. It is a sad time to be a witness to this.

All the big boy powers seem to want a slice of the pie, yet again; each wanting to decide how this should be resolved, and all for the good of the locals, yeah right. As always, the interests of the external players are being played out on foreign lands, often saying one thing publically, then doing whatever they want on the day. I’m sure there is a genuine desire to help (?), but I reckon many bombs are dropped with questionable motives. Dangerously, inevitably, sides have been chosen upon the usual lines. Publically we see Russia take on ISIS…. sometimes. Of course, their primary goal is the support of Iranian-backed Assad, and thereby the security of their naval facility in Tartus (for example – being their only depot outside of Russian waters, they will fight tooth and nail to secure that), but of course publically they are there to ‘help’ in the “fight against ISIS”, who are not even in that area, and so they bomb anti-government forces. It’s an unequivocal military quagmire down there.

Perhaps 2016 will see the turning point? Perhaps we’ll see peace; albeit at what cost?

33 thoughts on “Only through our own humanity…”