More grey skies from our winter trip to Istanbul…

I’ve always had a fascination for mosques, dating back long before they meant anything to me in a spiritual sense. Architecturally stunning, imposing and with a certain immense beauty, I never tire of a) seeing them, b) visiting them, and of course c) photographing them 🙂

To start off we have two very grand examples. On the left is the New Valide Sultan Mosque (c.1665), and of the right is the magnificent Süleymaniye Mosque (c.1558). 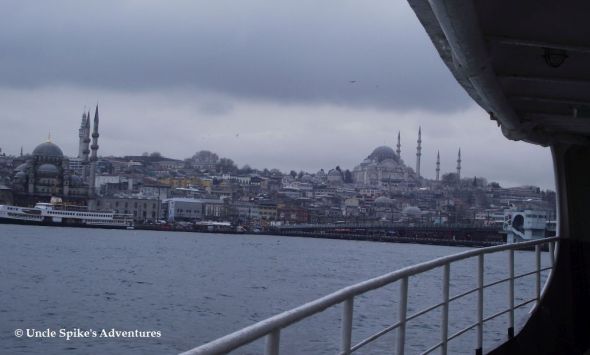 The most famous probably for overseas visitors is the Sultan Ahmet mosque (c.1616), often referred to as The Blue Mosque due to it’s incredible blue tiles inside. It has a distinctive difference too, in that it has six minarets, although looks like one was undergoing some remedial works when I took this. 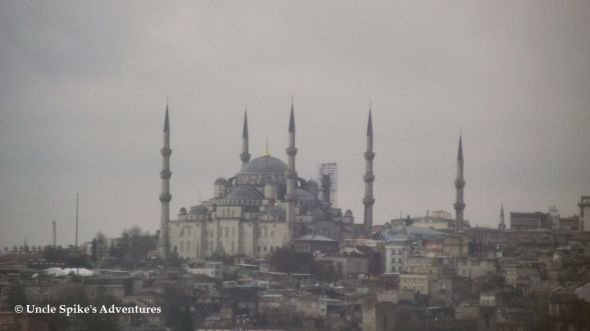 Here we can see the Sultan Ahmet (left), and then Hagia Sophia (right). 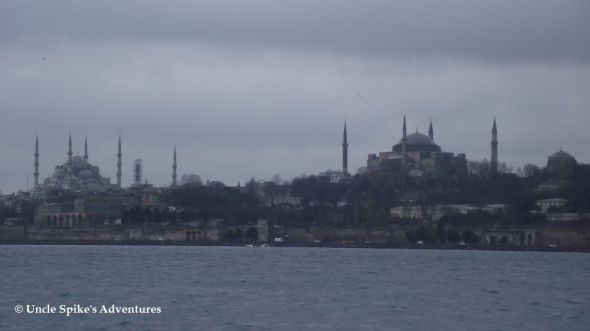 Bit different…. view from the bathroom window of a ferry 🙂 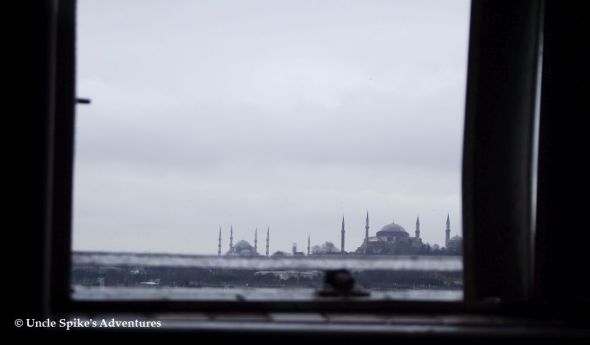 The Hagia Sophia in greater detail, but still from afar… 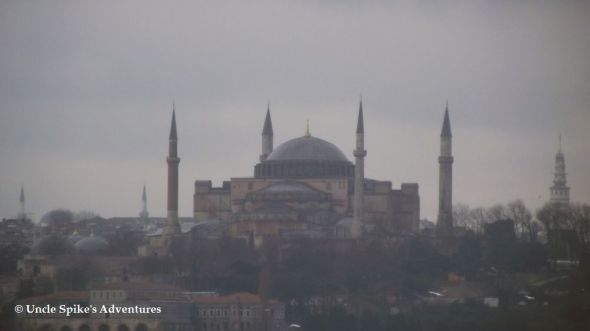 Here we can see the Hagia Sophia (left) and the Sultan Ahmet (right), as taken from the top of the Galata Tower, which will be a feature of another post, on the other side of the Golden Horn. 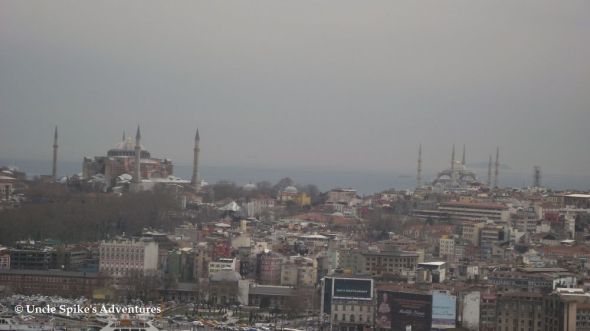 And in this shot, taken from a ferry crossing the Bosphorus, we can see the Sultan Ahmet (left), then Hagia Sophia and the large structure dominating the scene is the Topkapı Palace. 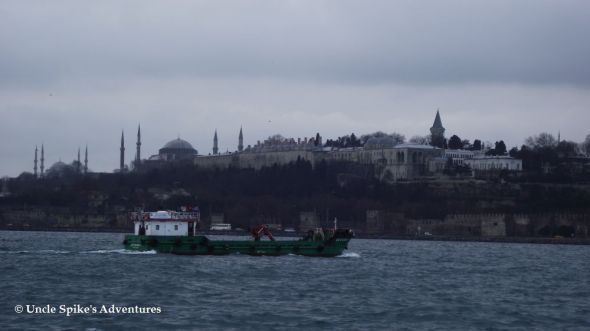 One final one, the Ataşehir Mimar Sinan mosque, as taken from the freeway as we drove past, slowly of course, as the traffic grinds to a virtual halt once the city limits are reached. 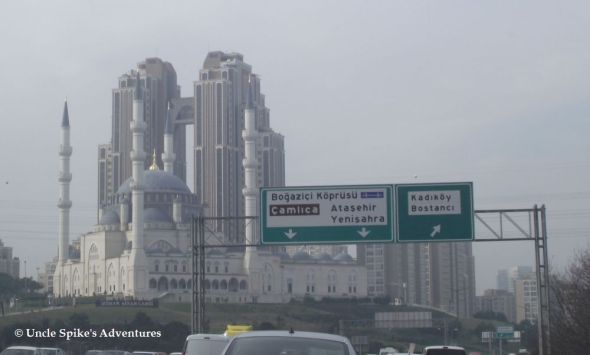 7 thoughts on “Winter in Istanbul: Famous mosques from afar”