Ok, now growing sweetcorn has always been one of my lesser achievements. We had one half decent year some seven years back, and other years when all the corn went to smut. So, in an effort to address this black mark on my veggie growing reputation, I sought advice from some experts… from Colarado no less.

Linda, from the blog “Life on a Colorado Farm” and her husband Terry, are lifelong farmers in the high mountain desert on the western slope of Colorado, USA. They farm on a whopping grand scale compared to my one-man, no tractor operation. Corn is their business – and if you are in the States, then you probably had some of their crops in your breakfast bowl at some point or another 🙂

Condensing their detailed advice into three brief statements, they said:

Corn is a grass…which means it is a heavy feeder and is always thirsty.

For you I would plant everything 6″ apart.

The selected area had previously been host to our broad beans 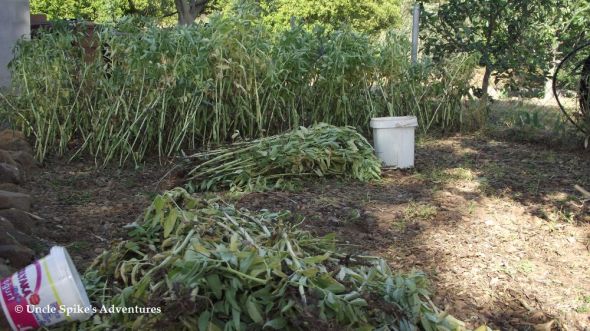 I cleared all the broad beans and composted the lot, then left the ground clear for a whole month of rain. After a dry spell, the rocky soil was dry as a bone again. Over the years I have dug out hundreds of stones and rocks from these veggie areas. Some about a clenched fist size, with others literally having measured 30cm (12″) across! 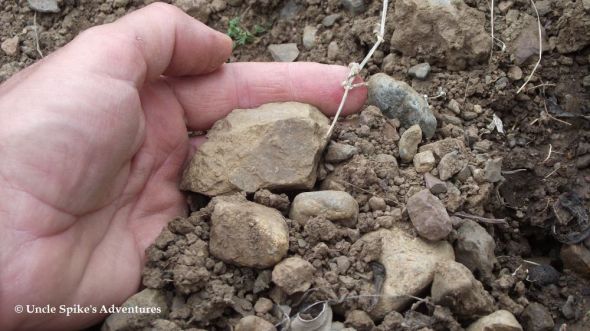 I then quickly pickaxed the surface, and flooded it the area with two tonnes of mountain fresh water drawn up from the artesian well. 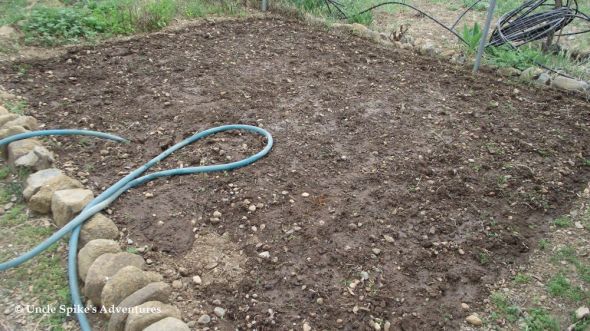 Then it was time for the fertiliser.. First off, goat poo. This natural blend is astonishingly good for most fruit trees, and of course, for veggies, with a very fine consistency as the pellets soon break down. 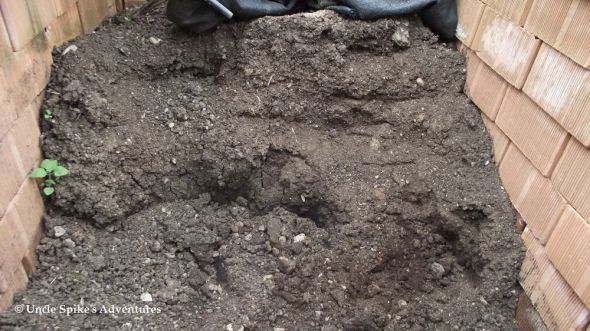 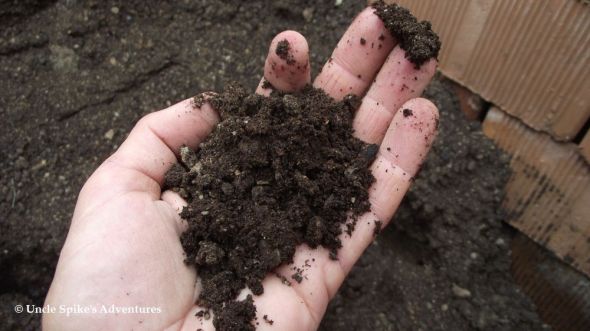 I also had a store of cow poo mixed with straw. Now when ‘fresh’, it’s far too strong to use, even for the trees, but this load is well over 15 months old, and has since broken down into a rich deep coloured compost – the sort of consistency you’d see from bags of shop bought compost! 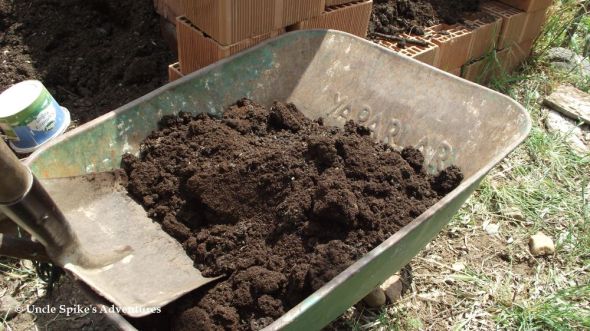 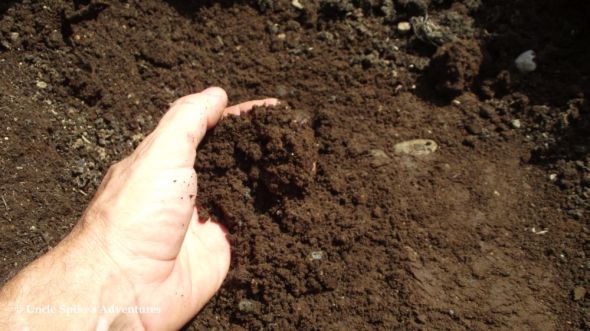 Finally, I had some three wheelbarrow loads of poop and straw from the chicken house. Chook poop is supposed to be very good, so on that went as well. I then dug that over with a garden fork, right down to the depth of 25cm (10″), and repeated that process a further two times over a period of 24 hours. Another form of free exercise at least 🙂 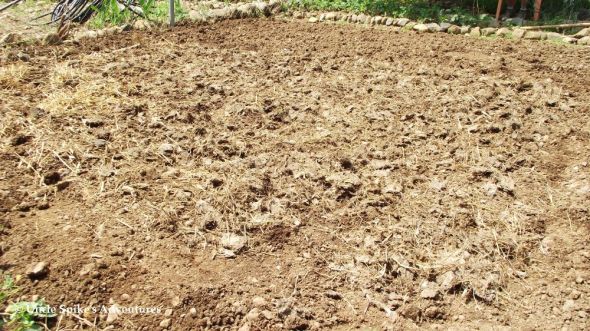