A last minute family event the other week saw me take another road trip to Ankara, the capital city of our fair land, and the place of residency of my in-laws. It was also to pick up my wife who was there on business for a week or so, saving her some 12 hours on an overnight bus, and then we had some other family business to take care of too, so ended up taking a major detour as well. All in all, a good trip, in not all a bit rushed; spending just two days there before heading back for work and school.

Further to the well received posts I’ve done before of our road trips (based on comments received), here are some more images of journeys not previously covered (I think).

Anatolia is basically twisty mountain passes, or wide open spaces, but wherever it is, the views are generally favourable, and sometimes downright impressive! 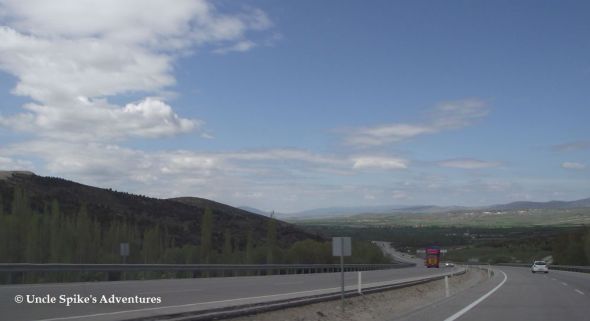 And plenty of lakes, even if some are salt beds – but this one’s not; this is Lake Burdur, which is situated pretty well due east of Denizli, and due north of Antalya.

Nice wide roads on the whole, and most of the traffic is even traveling in the right direction; a rarity on many of our dual-laned roads – makes for interesting driving at least 🙂 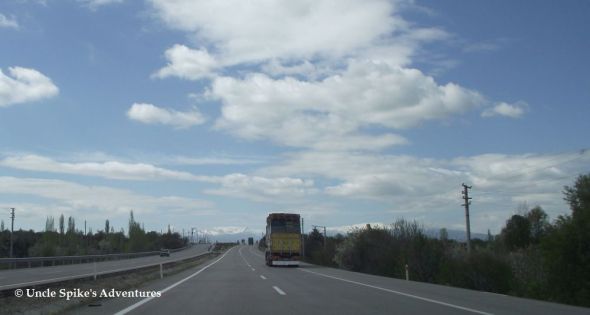 Somehow I never tire of the mountains though – means I’m coming home I guess!