Once the veg areas had been cleared after winter, and dug over three times with two loads of goat poo, or in some cases, chicken poop, it was time for the summer season to kick off. After a few false starts, I have learned what works and how best to function these veg areas.

First off a hefty hole is dug using my trusty old heavy iron hoe, then each is water filled. When drained off (which takes seconds here), the seedling is added and roots covered with the damp soil. A little extra water is added once all the seedlings are in. 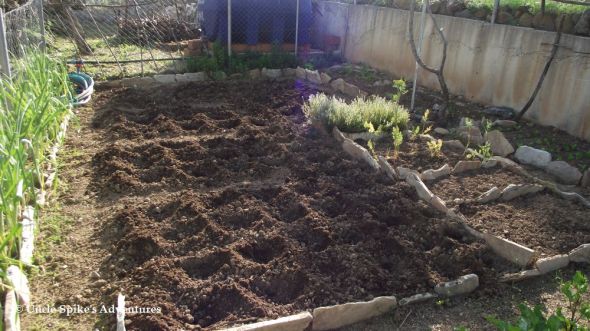 The next day, and they all look a bit weary, but alive. 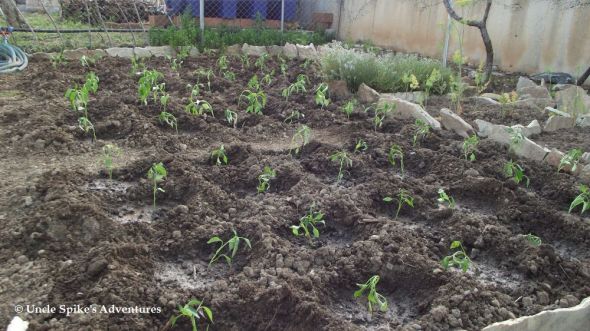 One week later and they are much stronger – just 4 out of 70 didn’t take. 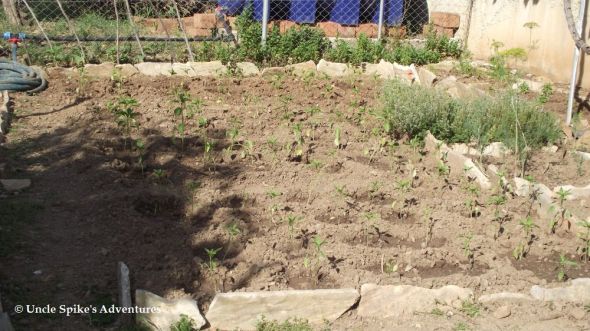 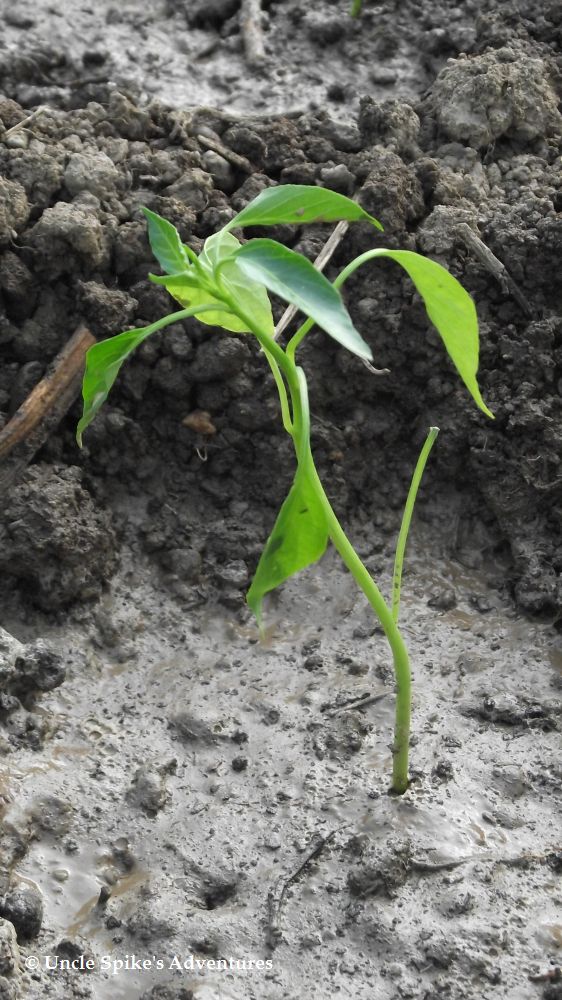 The second area worked on had mainly aubergine (eggplant), both long and round varieties, plus I seeded 12 short rows of Okra (Ladies Fingers). 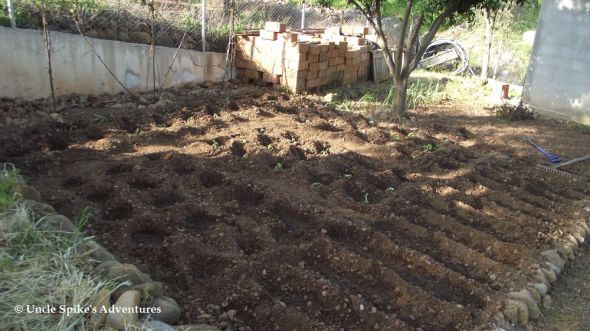 Again, some ten days later and they too have finally settled in. They always take longer than the peppers to settle, even though they are the stronger plant. 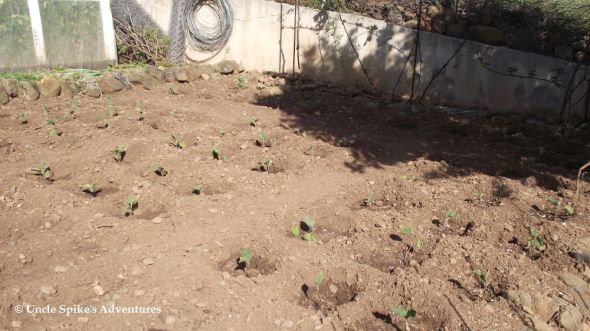 Another week after that and the Okra are coming through. 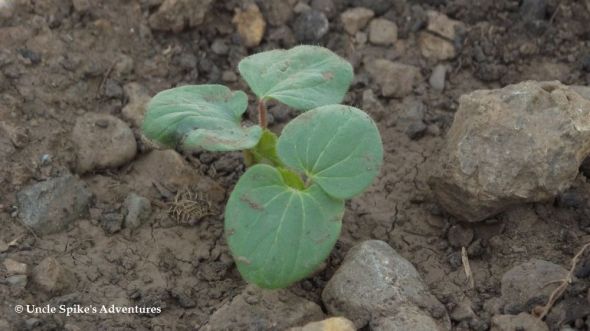 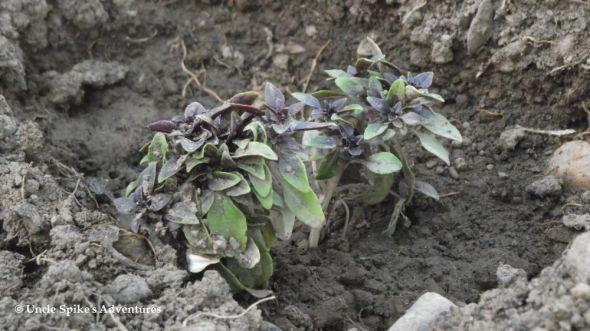 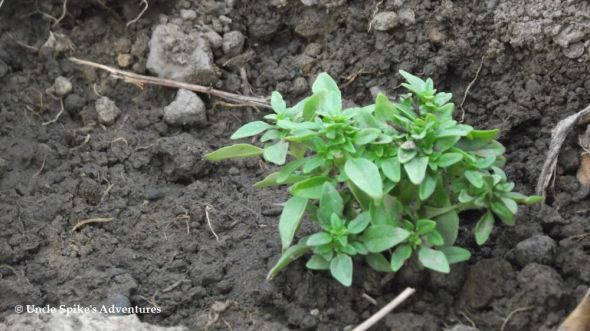 It’s laborious work, with the whole farm (let alone veg areas) having a staff headcount of one 🙂 With no tractor of other heavy tools in use, but it keeps me fit I guess. Bit of a far cry from the neighbouring operations though.