Once or twice a year I have a rather large burn-up of all the cuttings, pruning, tree felling and general farm/garden rubbish. All the useful branches had already been removed by machete (no digits harmed this year), and we now have a large pile of wood ready to be cut, stacked and seasoned for next winters’ use in the wood burner. 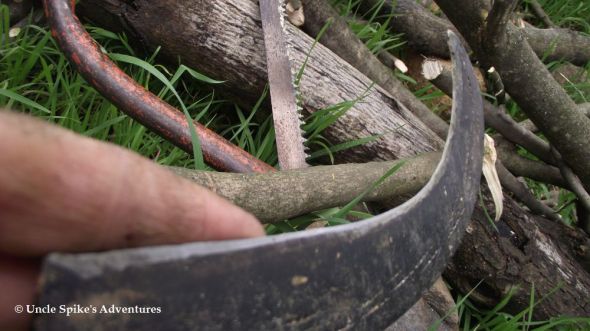 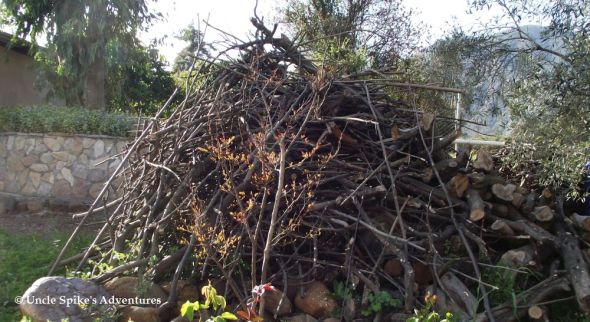 We usually amass two or three large piles of combustible waste, such as these – about half our load this year for burning. 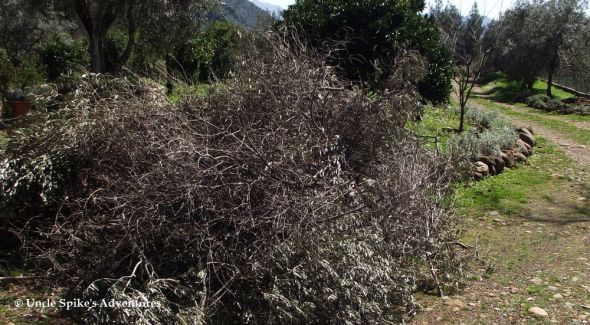 Then off we go, adding all the confidential paperwork for the year, such as receipts, ATM and credit card slips, and even past exam papers and sometimes old underwear we are not keen on adding to some municipal trash can (don’t want to see our ‘smalls’ pass us by in the street some day!)

Even after all the prolonged rains we’ve had, it all burns pretty well; some stuff has been waiting for this burn-up since late December. The olive tree cuttings burn especially well.

The bonfire was fed continually by yours truly, armed with my trusty pitchfork, for over four hours. 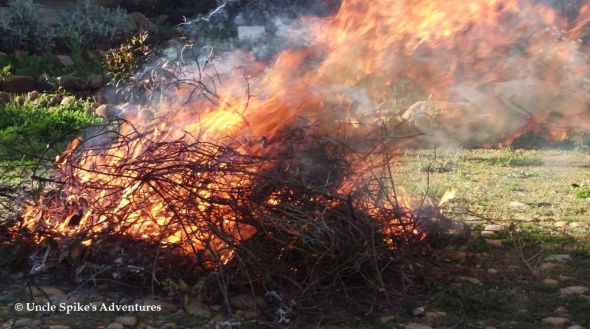 We kept going until well after dark, at which point the sucuk (pronounced su-jook), a type of Turkish spicy sausage, was brought out for spit roasting for our supper (not our photo by the way – camera forgotten by that stage; too hungry). Of course, that was followed by roasted bananas with bitter chocolate, and why not, marshmallows on long sticks – yum.