In order to reduce any amount of flubberness, one has to do two things, or so I was told. One is to stuff less calorific substance into the whole beneath your nose, and the other is to move ones body in ways that burns off more more grub than you consume.

I used to be able to eat like a horse; well, by that I mean I used to readily consume large volumes of food, not walk around all day munching grass. As a twenty-sumfink, I would regularly put away four or five full meals a day, shove three burgers down the hatch if they were on offer, eat copious servings of fried food, sample various fermented and brewed liquids, and even munch a few chocolate bars each day.

Within a few months of the aforementioned event, my metabolism changed beyond belief. Then guess what, along came 40 and it was down hill from that point on in the years since… It’s probably a very common experience amongst those who have gone before me 🙂

Someone once told me “You are what you eat”. Now bearing in mind my past lives by that point (yes, plural), that statement brings to mind various unsavoury and best not publicly shared connotations.

Move along a decade and you’ll find Uncle Spike is so boring that I’m gonna have to find some stupid way to pop off this planet, as I eat more healthily than Bugs Bunny. Years ago I packed in drinking and smoking, and these days I rarely consume any measurable dose of caffeine (allergy on that last one). I rarely partake in chocolate (just on the odd occasion), eat a burger every two years, and fast food maybe once a year when visiting friends when we scoff three large pizzas in 30 minutes. 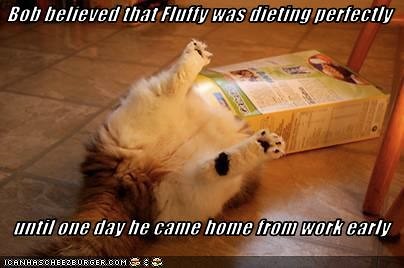 Produce – On the farm we grow much of our own vegetables, salads, fruit, have eggs from our own chickens, and even make soup from the spare chooks. Our cupboards are jam-packed with jam, funnily enough, made from all sorts of home-grown fruits. We have dried foodstuffs galore, including eggplant/aubergine, peppers, tomatoes, raisins, peas etc. We only use olive oil that we produce, make our own pasta sauces, soups, and drink water from the tap which is sourced locally from the mountain spring. Our honey is from the farm next door, and the yoghurt, butter and milk is from another neighbour. The other drink here being sun-sweetened juice from the fruit of our trees (orange, clementine, lemon, cherry, grape, pomegranate).

Bread – One of my most significant dietary changes has been to almost cut out regular consumption of bread. Now, those of you who have been in Türkiye and ever visited a bakery here, will have noticed that our bread is most probably some of the best produced on the planet. I’m not been particularly nationalistic here, but on the whole, we simply don’t have soft bread purchased is polythene bags. Each loaf is prepared by hand and baked in a brick/stone oven fired by burning wood. Here that means pine wood from our local forests. Additives and preservatives are not used, hence bakeries are open serving hot freshly baked bread from 6am until after dark. Bread here is exceptional… and most probably the culprit for part of my problem 🙂 (and probably to blame for the rather rotund shapeliness of our general population). I have now cut that down to weekend breakfasts only, not three times a day which is almost compulsory for Turkish households.

Fresh foods – I no longer pick between meals, don’t pile my plate up like Mt. Vesuvius. I don’t eat sweets, sugar-loaded desserts, avoid most processed foods, never have ready-meals, rarely use shop butter or margarine. Instead I try to only eat natural home-grown or locally-grown food, organic where possible from our farm, and never take ‘supplements’ – food should be grown, not generated in a laboratory in my personal opinion. Blah de blah de blah…

In summary, how BORING have I become, lol??

We will visit the outlaws in Ankara this winter at some point I suspect – me thinks some calorie sampling is well in order, don’t you?