Olive Oil Harvesting – Off to the factory

In part one of this post, we looked at the harvest season and preparing to pick. In part two there was the physical stripping of fruit from the trees. Now time to go to prepare to go to the factory…

Once all the trees have been stripped, the final phase comes into play – a trip to the factory. First job is to bag up all the olives and haul them to the factory a few kilometres from the farm.

I buy empty flour sacks from the local bakery for a small fee as they are the best method by far. Each sack can hold 60kg, but then it’s hard to get them in and out of my old car, so tend to put three large bucket loads in each bag, resulting in a weight of 40kg (88 lbs) per bag – therefore, manageable 🙂 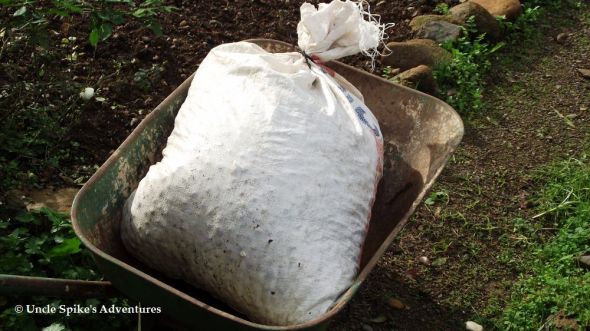 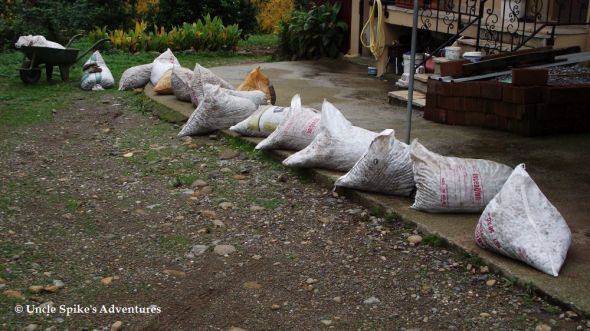 At the factory you have to wait your turn. The factory works 24×7 from November through January, but I have found turning up at 8am (which involves cramming kid into the car too for the school run) means I can be done and home by early afternoon. Leaving it until the evening can mean hanging around a cold factory in December until two in the morning (been there, done that, but no t-shirt). This year’s plan for an early start didn’t go to plan on that score.

In the image below, the pile of sacks with the orange tub on top was mine. But there were six loads before mine on the list, including the tractor load seen here.

I had been picking pretty much solidly for six weeks, and even though I had salted the waiting stockpile regularly, it was beginning to turn, and by that I mean the olives had started to go mushy. In fact, in the image above you can see the leakage from some of the sacks. They’ll still produce oil, but the factory sometimes rejects the entire load as it means more cleaning of the conveyors etc. It was a nerve-racking four hour wait for my slot, but thankfully the guy let it pass. Such a relief, after having lost 50% of a crop on a previous year (my miscalculation).

As to what happens inside the factory, I’m preparing a post on that….

22 thoughts on “Olive Oil Harvesting – Off to the factory”