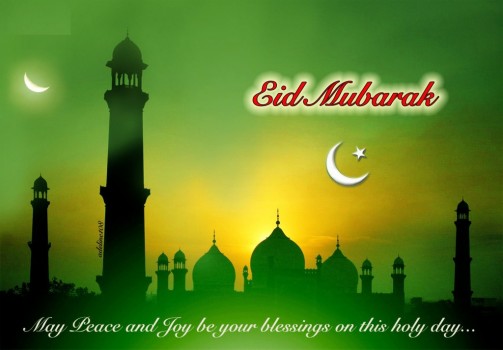 Today is Eid al-Fitr, celebrated across the globe by 1.6 billion Muslims, or 23% of the world’s population.

So what’s it all about?

Well in a nutshell, it’s a 3 day festival to mark the end of Ramadan. That’s the ninth month in the Islamic (lunar) calendar, and best known as a period of 30 days in which folk fast from dawn till dusk.

Like all religions, Islam is no different in that there are variations based on demographics, culture and local traditions. What happens in our family will differ from our neighbours and those in other provinces, countries or continents. But in general, I would say that it’s more or less a ‘family day’, where the generations all get together, and special meals are held.

How does the ‘fasting’ end?

Last night (around 8:30 for us), we completed the last of 30 consecutive days of fasting. So that means I’m basically out of the habit of eating or drinking anything whatsoever during daylight hours (approx. 4am-8.30pm each day); whilst some families held big feasts last night, for me, it’s more of a “Ah… and, relax…” kind of affair. 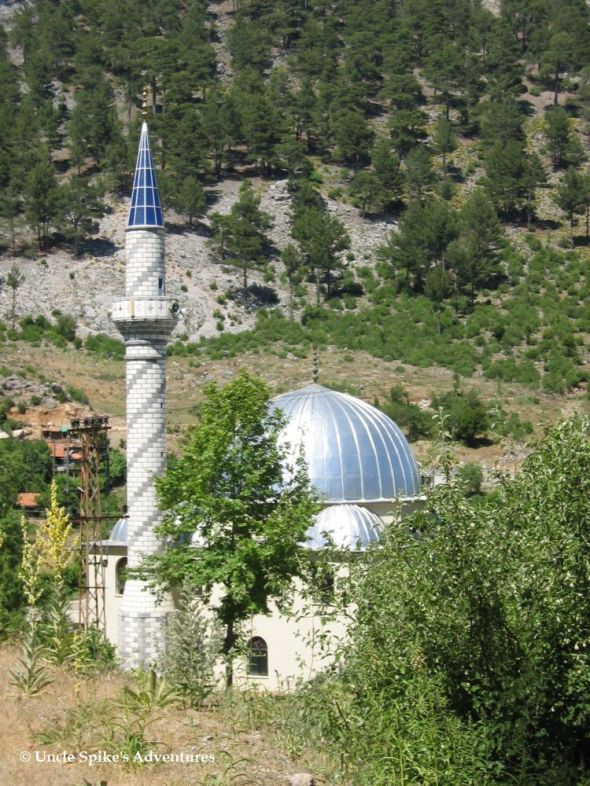 There is a special prayer gathering at each mosque at a preset time, say around 7.30am, which is attended by 99% of guys, often wearing smarter clothes than normal as it’s a bit of a special day. Being part of a whole silent mass acting as one is quite a special thing to share. Most mosques are jam-packed, and you’ll often see lines of extra carpets or even cardboard laid outside in the yard to accommodate the ‘overflow’.

City life is different, of course, but here in the rural villages, we have a quaint, but lovely tradition I’d like to share with you. Outside in the mosque yard, among the chickens, goats and obligatory building rubble, the entire village lines up, forming one huge circle (or whatever shape the school-yard can accommodative). We all shuffle around until the line extends from the youngest kids in attendance (perhaps age 10-12) through to the single oldest relic who was brought by his family on the back of a tractor to share this special day. Then the youngest starts it all off, moving along the line shaking and kissing every hand, so in turn, every hand gets a good old shaking and a fair amount of kissing during a 15 minute period. Personally I think it to be a great tradition as a lot of hearty well-meant genuine hand shakes, and the sharing of special greetings to be something this world could do with far more of…

After that, we all wander back to our respective homes, where there is more hand-kissing in deference towards one’s elders (depending on the structure of the family unit). Then we share a hearty-sized family breakfast – remember, the whole ‘having brekky’ thing hasn’t happened for 30 days, so the mere fact of having some toast with a mug of coffee is almost alien, and particularly savoured by yours truly.

What do you call Eid al-Fitr in Turkey?

Here it is generally known as Ramazan Bayram, or Ramadan Festival, as it marks and follows the end of the month of Ramazan (Ramadan). However, it is also referred to by some as Şeker Bayramı, or Sugar Festival, as the tradition is to make, buy, eat and share deserts of a rather sugary nature. As I’m no sugar-monkey these days, so I’ll settle for a single lump of brown sugar in a mug of decaf as my treat.

Do ya get tons of presents??

Err, nope. The whole regime of gift-giving en-masse doesn’t really happen in Islam at any time, but today the younger kids may get a small gift, such as a special shirt to wear for the day, or perhaps a small monetary gift towards their savings from closest members of the immediate family. Of course, Cousin Spike Jnr is saving towards his next light-sabre, so I’m sure he’ll be on his best behaviour in that respect.

What will Clan Spike be up to?

That’s an easy one usually; not a lot. We don’t have any family close by, not even in the same province, and on the whole we are a private, almost reclusive little family unit – suits us, no complaints. However this year we are away visiting some senior grown-up’s on my wife’s side. So for this year, we’ll be sociable for a change, and there’ll be plenty of hand-kissing for us too (so the younger you are, the more you have to do; one advantage I’ve found to ageing).