Well that has just been given a whole new meaning around these parts!

One of our junior hens had her first go at mummyhood, but decided to do the deed in mid-summer, so she was sitting when it was very hot indeed. As expected, most eggs overheated or the shells were perhaps too tough to let the chicks out. Then she squashed 1 or 2 at night.

Sad as it may be; it’s the usual tale of mother nature and her selection of the fittest, but in the end, mummy hen did end up with 1 healthy chooklet… 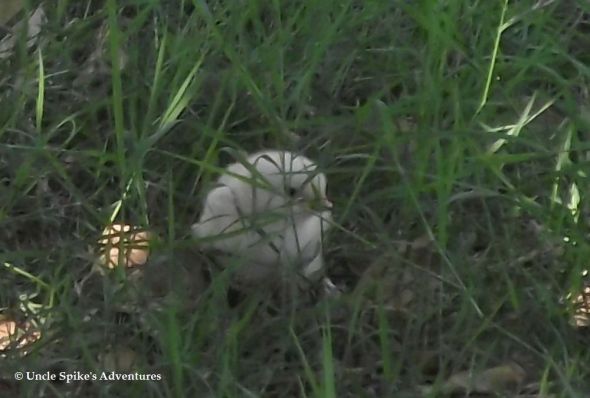 As always, it’s up to Cousin Spike Jnr to name the new member of Clan Spike. His choice. Well, we already have Snow (err, yep, she’s a white hen), and so he decided to name this little ball of yellow fluff none other than:

I tried to explain the word associated connotation, but nope, Yellow Snow it is.