What a great surprise this was… I gathered that a few ‘new folk’ would come on board, but I had no idea my readership would be made up of people, 95% of whom don’t know me socially, have no family tie, and have not worked with me over the years.

The term ‘Spikey’ has become synonymous with those who are followers and therefore part of Clan Spike. We even have our own mascot, Captain Spikey… courtesy of Sydelle, our resident young artiste from the Malaysian branch of our clan.

The total Spikey count is somewhere shy of 1500 right now, with 1354 followers on WordPress, 16 who opted to receive emails when I post something, and then we have 21 on Twitter and 75 who follow the blog’s own Facebook page. I purposely do not ‘publish’ to my personal Facebook timeline, as I prefer to not force my stuff on friends and family. Those who want to follow do so, as above, but I’m not into what I term ‘involuntary followers’.

Of course, as all bloggers will appreciate, not all that figure are active followers; there will be one or two duplicates or even triplicates where they follow on Facebook, WordPress and Twitter no doubt. And then there are the commercial money-makers who probably ‘follow’ all and sundry, or the “I’ll follow you, so you can follow me” brigade. However, over 1000 is a delight. But what has been the best surprise, is the actual friendships that are forming 🙂

And considering I’m a British-born naturalised Turk, with an IT background who now farms fruit, a Muslim biker and a blogging daddy with a new set of abs installed, just look at the breadth of variety we have now in Clan Spike – I’m lovin’ it 🙂

What a bunch… we have a rural pastor from South Africa, a Christian folk singer, photographers, a body builder, a radiographer, a videographer, travel writers, novelists, a rancher, farmers in India and America, IT chaps and chapesses, a soprano, lawyers, teachers, a retired psychologist, a former US Marine and another from the US Navy, motorcycle shop owners, motorcycle riders, former bikers and wannabe bikers.

We also have racked up a number of professional travellers and amateur globetrotters, those with cookery blogs in various languages, allotment gardeners, three or four dogs who can type, oh and even a cat too. 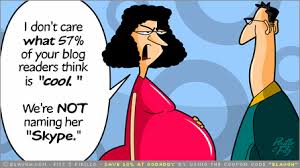 Then there are young bloggers, a small army of silver-surfers, those who are grieving, those who are travelling, newly-weds, newly divorced, those waiting to be either of the aforementioned, comedians, gardeners, fellow immigrants here in Turkey, and folk like me who landed and settled on various distant shores across the globe.

The camaraderie, friendship and support is extraordinary. I feel humbled and honoured to share my world with all of the Spikey’s, through nothing more than this strange little web log.

What a year indeed….