The old olive tree was not the only tree to be made a ‘feature’ of; we also had a large eucalyptus tree right smack where we wanted to build the garage/depot that eventually became my man-cave.

We decided to keep the tree and build around it, but to do that we had to make some serious changes. Yes it would be too sad to chop down a great tree, so we opted for the less painful solution of more than halving it’s height and keeping it in check every two years. To be honest, it was getting dangerously tall in terms of house damage potential during our fierce winter storms, and there was no way we could just leave it and build right next to it without drastically reducing it’s towering size. 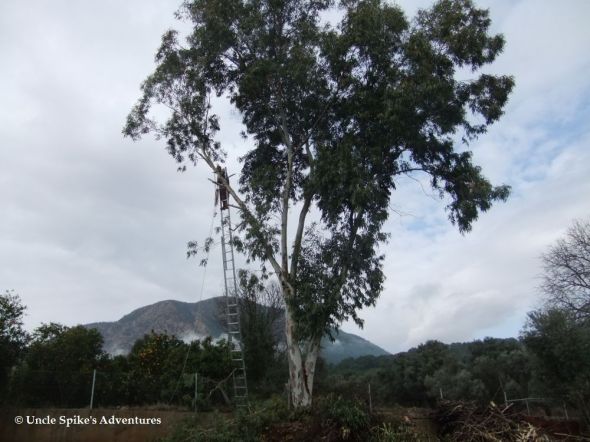 First off, we had to remove a good 10 metres (32.5′). That was easier said than done, like everything, but whilst the remaining ‘stump’ looked severe and austere at first, it soon bloomed into a gorgeous new tree, albeit a tad ‘smaller’. Just to prove it didn’t do any harm, within two years I had to lop some 5m (16′) of ‘new’ growth, with new branch girths of up to 13cm (5″).

As well as constructing the garage, the earth and rock around the eucalyptus had to be cleared sufficiently for a concrete base to go down to support a retaining wall. 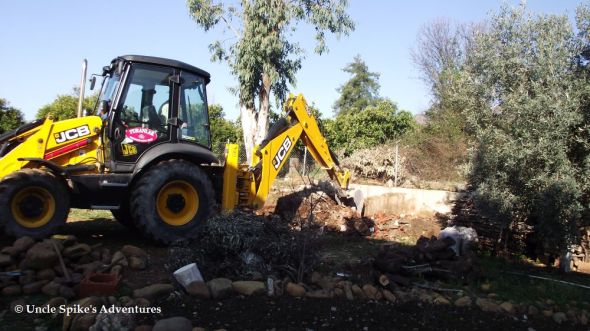 The wall was built, and lined with sheet membrane to keep the damp away from the stonework. Then I spent 3 days with a shovel filling the ‘hole’ with broken bricks and rubble (for drainage) and then a tonne or two of topsoil wheel-barrowed from other parts of the farm. 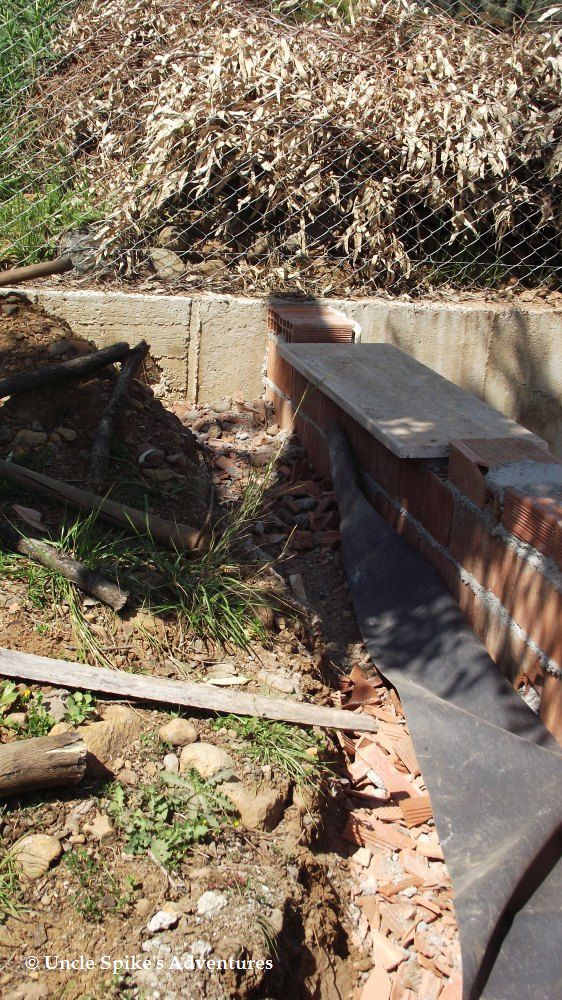 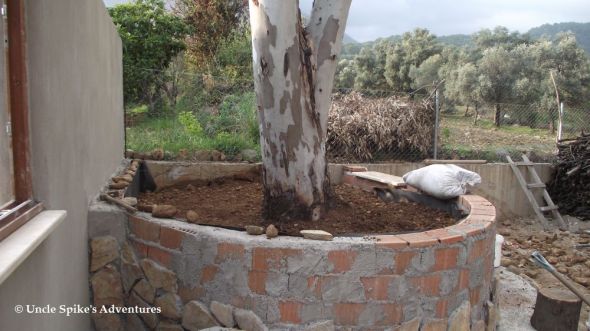 Once the wall had been in situ for a while, I added local natural stone facing, bit by bit, gradually covering the outside of the retaining wall, the top, and the inside down as far as to fix the membrane. 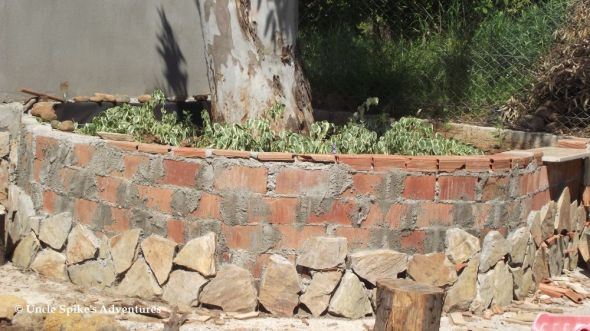 One added ‘feature’ was to make a slightly lower shelf at one end, and I then added water tap… why? well it was a simple solution to an old problem. When I spray the trees, I use a petrol (gas) powered backpack sprayer. As this takes 25 litres (6.6 UD gallons), when full it’s a hefty beast to lift as the sprayer weighs a fair bit to start off. Now I simply fill/mix the tank on the shelf, bend the knees slightly, slip on the harness, stand up and walk off – works a treat 😀

Another job done and dusted. 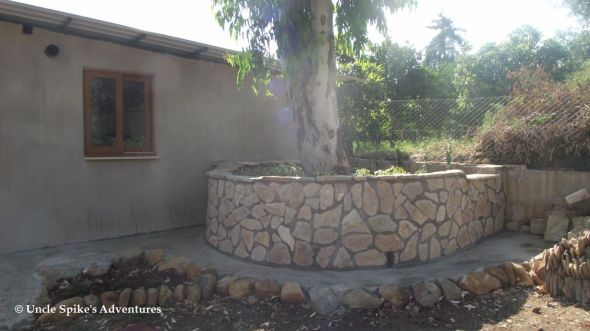 For other related jobs tackled on the farm, follow this link: Builder Spike

14 thoughts on “The Big Eucalyptus”