Only Sixteen – Just About Remember That…

So today’s Daily Prompt is called ‘Only Sixteen‘; challenging us bloggers to remember back to those days (as in me), or look forward (definitely not me).

For this ageing camel, we are talking the early 1980’s, a time when my focus on life was, how shall we say, ever so slightly rebellious. It was an age that saw me transform from schoolboy rebel to worker rebel. If I can remember that far back, and successfully scan the old grey cells, I’ll attempt to paint the picture.

SCHOOL – for me, that tender age also marked the end to my stint in education. I had scraped by what was then known as a ‘pass’ at 4 O’Levels. Any dreams of academia my parents may have harboured were well and truly dashed I might add. Whilst I think the ‘plan’ was to head to college (2 years pre-university studies) to fill my head with Political Sciences no less, or some such grandly named subject, my destiny lay elsewhere…

WORK – I had already been working part-time at weekends, some evenings and school breaks for about 4 years, taking on the less than salubrious roles of car washer, gardener, kitchen porter, butchers boy, kettle/iron/toaster repair chap and seller of televisions, video recorders, radios and the like. I even had a stint as a junior library technician at IBM as a work-experience placement and then again as a summer job – oh how I wonder what life might have panned out like had I stuck at it. Hey ho.

PETROL HEAD – At 16 I was getting into cars and bikes, although still not quite obtained my own wheels; that came at 17 after I had earned some half decent cash. But that didn’t stop me from joyriding in my mom’s Volvo when she was away on jollies, or borrowing my mates Honda 400N Superdream occasionally 🙂

GIRLS – Oh boy, now we’re talking. That was my life, and probably where my career decisions and therefore my future professional life started… and ended. Enough said.

MUSIC – Definitely NOT that ‘New Romantic’ stuff the young dudes with silly haircuts at school were into. No, for me it was hard rock, the louder and nastier the better.  I recall the end of year school disco, head-banging my longish hair at the front, right by the speakers. 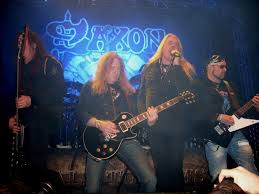 STYLE – Had none. Next? In reality, I was the scruffy rebel kid at school, and a sullen rocker-wannabe after 3:45pm. I used to sport studded leather wrist bands that covered half my arms, and my prized possession, a machine gun belt with 4 rounds – as with all true rebels, mom never knew about that bit.

SUBSTANCES – Smoking, yep. Drinking, yep. Drugs, err, well not quite by then, but I do recall the roasted inner strands of a few banana skins made the exams pass in ignorant bliss. With school rules stating that students were not allowed to ‘smoke cigarettes’ at school, we opted for smoking cinnamon sticks. They tasted like something you’d wipe off your shoes, but hey, what else was a spotty rebel hormonal teenager to do?

Looking back, it’s perhaps a minor miracle that I got this far. In fact, I recall two statements boldly verbalised in my direction by the school hierarchy. The first was from my Class Tutor:

“You’ll be dead before you’re twenty!”

Charming eh? All in the spirit of encouraging the youth of the day to better themselves (can’t blame them, looking back) 🙂 And then the second was from our Head of Year, and the old grouch who’s final task was to collect my school property text books, and sign my discharge papers. Her final passing comment was:

“Have you been looking forward to this day?
We certainly have. Goodbye”

to which my response, newly unwrapped cigar in hand was a simple:

Oh what a lovely adolescent was I. Thankfully I am still here, well over 30 years later. The long hair has done a successful vanishing trick, as has the attitude. I now enjoy classical music, but still have an occasional rock moment in the garage. I never did return to school, but after a relatively successful but varied career, I now proof-read academic papers and conference articles for professors – my final fingers up to the system I guess, hehe 😀

7 thoughts on “Only Sixteen – Just About Remember That…”