“Your’e a Fart in a Whirpool”

“A Fart In A Whirlpool” – yes, that’s how my boss described me once! Strange, eh? But for me, it was one of those life changing statements. Even now, a couple of decades later, it signifies and embodies a work ethic that made me who I am (whoever that is?). 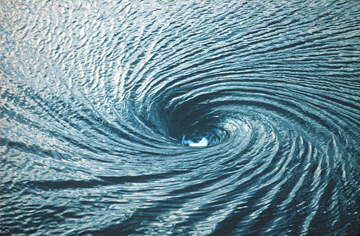 Far from being an insult, what he had tried to explain was the reason for my lack of advancement, and as much as it might have been a little crass, I am forever grateful for his insight – it changed my outlook on my working life from that point onwards. He was dead right, by the way.

Let me take you back to the early days of my working for the bank – a loooong time before farming I can tell you. Like many modern large national companies, we had detailed appraisals of our work performance, every quarter in fact, and one’s annual appraisal rating was the ultimate measure of one’s success, or failure. It had tangible effects to, such as your appraisal rate directly influence your pay, with performance related pay, PRP, plus any thought of a job change or promotion was all dependant on your appraisal rating too – so all in all, it was pretty vital and integral to career progression, or stagnation.

That meant I was not quite up to scratch and in turn, no pay rise, or a mediocre one at best. But damn it, I worked hard, really hard. I worked numerous hours unpaid every week, I volunteered for all the crappy jobs no-one else wanted and often went without lunch breaks when business levels demanded so. But was still a ‘2’. I even wondered if ‘2’ was my personnel number. Nope, I was just a ‘2’.

I went for a whinge to our senior boss, the District Manager.

He was sympathetic, yet unapologetic. Yes I was a known hard worker. Yes he praised my day to day achievements. BUT, and this was the crux of the matter, in the eyes of the management, I was indeed like “..a fart in a whirlpool…”

He went on to explain. I needed to change but one thing – to work smarter, not harder. I needed to work less hours, but be more effective, to target my efforts, not spread them all over the shop like a manic 4 year old, saying “I’ll do it daddy, I’ll do it!” to every job in the damned branch. I needed to set specific goals and make them happen. I needed to…. well, grow up in the eyes of the management.

He then went on to explain it was not something you could be pushed into, but now that I had got to a certain point, where ‘I’ wanted to change, he said I could be taught. For the next 12 months I still worked hard, but more targeted and focussed than previously. I was still Mr Helpful, but not to the point that my own work suffered. I shifted departments, created my own niche and started to feel better about myself, realising at long last that I was making an impact – being effective.

That was many moons ago. But I’ll give that guy something, he inspired me to admit I was wrong, he told me something that, deep down, actually rang so true it didn’t hurt, but motivated me into making a step change, for the better. The rest is history I guess. I was never gonna be god, never reach the dizzy heights of the upper echelons of management, but progress I did. Year upon year I practised what he told me, and the result was both tangible and satisfying.

I guess even now, I still practise what he told me. We all get in these whirlpools from time to time, but we have to move to the side, to climb out, to make a difference each and every day, and to make it count. Funny how a few crap appraisals and a ‘telling off’ by your boss can motivate one for years to come. Thanks boss! 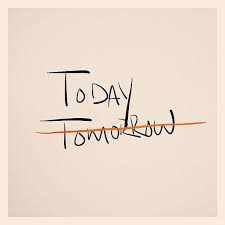