Cousin Spike Jnr – His Own Blog!

Cousin Spike Jnr has become a man… well almost, he’s 6 now anyway. After much pestering by our short Padawan, the little nerd extraordinaire has today started his own blog.

Mister Creative is often found out and about with our camera, or sat up in bed at night creating cartoon characters, or sat under a clementine tree translating stories with his imaginary friends. Add to this his love of computing (currently playing with IF/ELSE logic statements), it’s the logical next step to let this geeky kid share his own stuff on his own blog.

I blame his parents. One used to be a mainframe programmer and the other lectures in technology; so I guess he was doomed from day one.

Anyway, he wants to add his very own blog posts now, one or two every weekend after his homework is all done, sharing stuff like his drawings and other creations. He writes down his words first (his joined-up handwriting beats the heck outta mine already), then starts tapping away – I just get to ‘supervise’ (no payment).

Funny thing is, he has already started checking out his blog stats…

Support him, even follow him if you like. But if he pinches all my followers, he’ll have washing the car and feeding the chickens added to his chores 🙂

So, without further ado, I give you…… 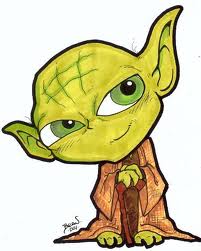