I’m a growed-up, honest. In fact in terms of decades, this is the 6th that I have seen…WTF..!! Trouble is, I’m now dad, ergo, the voice of sensability and a constant source of discipline for Cousin Spike Jnr. To be fair, the kid is just a reincarnation of a not yet passed on me. The stuff he comes out with and the tricks he gets up to are so… what’s the word, priceless, even if unoriginal. Not that they are not witty and ingenious on the surface, it’s just that I did them all some 40+ years ago myself 🙂 Sometimes this frustrates him. He grits his teeth and whinges “Aww, dad-deeeee!” But at other times he is impressed “How did you know I was gonna do that? You really must use The Force well daddy”

Then there are other times when the tables are turned; when the kid ‘corrects’ the parent…..

We are Turkish and culturally don’t celebrate Christmas here; we have different religious and cultural events like many parts of the world. Anyhow, some of the Christmas traditions are applied here to celebrate the New Year. One such example is that kids sing the tune “Jingle Bells”. They are learning it at school, but of course in Turkish, and the words relate to New Year instead.

So as a cool parent and growed-up rebel, I immediately went into my better known rendition of “Jingle Bells, Batman smells, Robin flew away…”

His face was a picture!

First he thought it was hillariously funny – he has my same zany and mischievous steak when it comes to humour. And then he came up with two observations.

In the first place, he said he wasn’t gonna sing that version at school. He wasn’t sure if his music teacher knew any English or not, but he wasn’t intending to risk it as “He doesn’t like jokes daddy” His second observation was this:

“I know, I’m sorry, I shouldn’t teach you bad words to your songs”

“Coz Robin can’t fly, that’s why.
Batman doesn’t let Robin play with Batman’s toys” (such as the BatCopter) 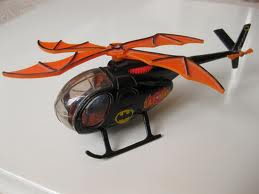 That put me in my place all right…