Learning The Value Of Cash 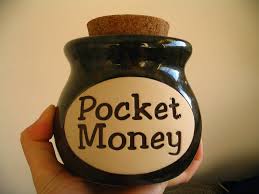 Pocket money is the term given to the cash that kids have somehow negotiated as being their contractual right for a regular parental donation.

Now for young Spike (ahem, ‘me’), we are talking back in the days of the early 1970’s, as I spent my days growing up first in the UK, then over in North Carolina for a short stint, then back to the UK… Now what I clearly remember as a skinny little nipper, were two particular features of this arrangement. First, we had to ‘earn’ our pocket money, every last penny of it, and second, I was never gonna become rich on these handouts. I guess my parents were sort of training me from day one not to become a welfare sponge (as in some of the lazy welfare claimant types around these days – I don’t mean a well-deserving person who has fallen on hard times).

My parents were middle income earners I guess you could say, but nearly all their income was tied up in making sure we grew up ‘in the country’ on our 1.5 acre smallholding on the edge of the New Forest. As such, funds for extravagant levels of pocket money were never gonna be high on their list of fiscal expenditure.

In terms of having to earn our pocket money, we had chores such as taking the rubbish out and helping mom (now elevated to the position of Granny Spike) with looking after the sheep, ducks, chickens, geese and all the rest of the menagerie. When I was that bit older, chores extended to mowing the lawn, but that was a cool job, as I got to ride the tractor every week during the summer months (this was my tractor – remember this?).

Anyway, we certainly didn’t get it for nothing. 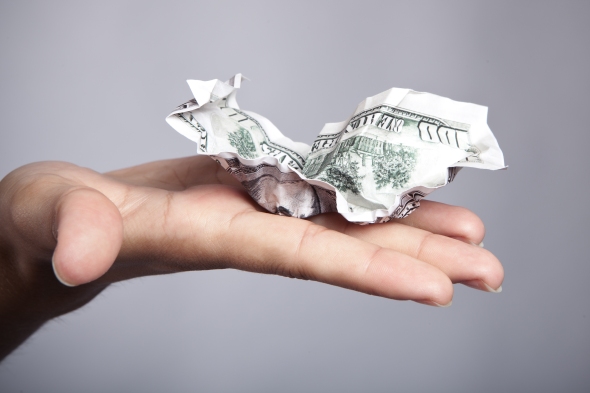 Now fast forward some 40 years and little kid Spike has become a growed-up (well, sort of) as none other than the old bloke around here; Uncle Spike. But now the tables are turned. Our small thing, the squirt you know as Cousin Spike Jnr, is already preparing the grounds for his own fiscal negotiations. So now I have to consider what to do. The funny thing is, we are in a very similar position to that of my parents back all those years ago. We too live, by choice, on a small-holding well away from the maddening crowd. It provides us with a life in the fresh air and a great place for a kid to grow up. As also very much middle-income earners too, we don’t have the cash to throw around; but nor would we even if we had.

Little man is pretty clued up to the value of money – something we have instilled in him from a very early age. He uses cash in the local shop, makes payments in restaurants and even gives waiting staff tips (which usually cracks them up; being tipped by a tiny kid). We always try to make him aware of the value of things compared to a baseline item, such as a loaf of bread. So far it seems to be working. During the summer, a friends little girl from the UK was with us when we went to the local park, and on the way we grabbed an ice-cream. She chose a Cornetto Disc at 2.50 Turkish Lira (TL), fair enough; it was her normal selection at home. But of course, relative to income, that costs over £3 or maybe $5 for us, so when it came to Cousin Spike, he opted for his normal ice cream which cost just 0.25 TL (equivalent in income to say £0.30 or maybe $0.50). The interesting observation was that he asked me later, why his friend had an ice-cream that cost 5 loaves of bread, and said “For that money I could have lots of ice creams daddy”. Perhaps he is learning the ‘value’ of purchases after all 🙂

Another more recent example which we found encouraging too, was his Star Wars light-sabre purchase. He desperately wanted to upgrade his crappy plastic light-sabre this past year, and had been for months harping on about the latest Star Wars weaponry on sale at the toy store he visited on a trip to our provincial capital.

Anyway, so set was his heart on this toy, that he started to save up (from the age of 4½). Of course, he has no ‘pocket money’, I believe he is still too young in my opinion (5½) – that will maybe start in a year or so (albeit at a rate relevant to Turkish salaries). He was given some money by a visiting ‘auntie’ from Scotland to buy some ice-creams in August, but no, he gave that to us to ‘look after’ and to put towards his replacement or upgraded light-sabre. Then he would search around the place to find coins under the sofa cushions, or on the car floor – these all went straight into his pot too! And finally, when it came to Kurban Bayram (Eid-al-Adha), the biggest of our religious holidays, he realised his dream. No, he wasn’t given the toy as a present, far from it, but he did manage to accumulate enough for the final balance after again ‘saving’ some small cash gifts (as is traditional from immediate relatives e.g. grandparents, parents).

Sure, it was mostly our cash that he ended up with, but I feel a valuable lesson was learnt. Toys are the same price here on the whole, but compared to incomes that are some 70% lower than in the west, genuine brand toys are an expensive luxury, so as a parent, I’m very much in favour of educating the small person on the relative values in our country. To do otherwise, in my humble opinion, would be foolhardy at best; else he’d only end up utterly confused when he eventually gets a job and realises the true costs of things, including light-sabres!

As for pocket money, we will cross that bridge soon I guess. He works hard enough on his homework (usually 1-2 hours a night, including weekends and holidays), he empties the dishwasher, helps feed Bonzo and the chickens, makes his own breakfast and tidies his toys (err, well, some of the time) – so I guess in terms of child labour, he’s a good value worker for his pocket money 🙂

And Spikey Is Back….. »
« Macro Monday: Mini Flying Fortress

9 thoughts on “Learning The Value Of Cash”