There is something about the railways that is an absolute must when travelling in India. Criss-crossing almost the entire sub-continent, the Indian Railways are like no other on earth. Built mostly during the British occupation, it might be considered the one positive action that really benefited the country in the long term. Whatever your views on the political history, it’s gotta be said that travelling by train, from anywhere, to anywhere in India is an experience that will leave you thoroughly enriched; albeit probably also knackered, enraged by cabin-fever and ever so desperate to see a decent bathroom/lavatory once more in your short life.

Dating back to the time of the maharaja’s and the height of the colonial British Empire, the bureaucracy of the historical past is still very much alive and well within Indian Railways. Buying a ticket can be hilarious at the best of times. For starters, there is the national timetable, which would probably dwarf the entire operation manual for NASAs Space Shuttle programme if both were printed off in full and pilled up next to each other on the kitchen table. It’s massive and trying to fathom out what by route, on which train and at what time you could travel from point A to point B (via points C, D, E and F no doubt) is a herculean task in itself. Thankfully, the small army of desk jockeys that are still employed in the railway offices and travel centres seem less perturbed by such tasks than was I. Often I have found that, with sleeves half rolled, sporting a pair of Ghandi’s specs, and a quizzical laid back smile slapped across a well-seasoned face, the average ticketing clerk can sort out the average traveller with their eyes half shut.

That’s the theoretical part over with, but please, please don’t fall into the trap of believing for one moment that: a) the timetable will be followed exactly as stated, or even vaguely for that matter; b) that your understanding of the multi-layered and multi-faceted classes of travel tickets on offer will ever match what you had envisaged; and c) that the 30 short minutes you generously allowed for your all-important ‘change’ would be ‘ample’ – no, that should be doubled or tripled for your next adventure.

So let’s assume you have a plan, a ticket, and that the train you want is in fact going in the right direction at, or near enough at the time stated on the all-important item clutched in your sweaty palm – your very own Indian Railways ticket.

The next trick is to find your seat, that is assuming you even managed to find the right carriage on the correct train, when faced with somewhere like Allahabad Junction railway station, with its 11 platforms. Thankfully, another wonder of the army of railway workers are on hand, the train conductors or ticket chaps. They are usually, in my experience, very jolly types who seem to revel in the daily challenges of stuffing as much human cargo aboard their given carriage(s) as geometrically possible. Ok, so there may be 5 people and 2 goats already occupying your ‘allocated seat’, but a few head shakes and choice words from the conductor, and a smile and a “Namaste” from you, the forlorn-looking western tourist or backpacker is normally sufficient to free up your chair/recliner/bed in next to no time.

Settled in for the ride you may be, but don’t expect to be gazing out of the window, watching the fields of rural Andhra Pradesh or the hills of Rajasthan to pass by as you relax in the peace and quiet, curled up with your very own weathered copy of Lady Chatterley’s Lover by D.H. Lawrence. No, you can get that image right out of your head this minute. Travelling on an Indian train is never, should never, and probably will never be even a smidgeon close to that image. Nope, train travel in India is one long assault on the senses, just like every other moment you spend in that most wonderful of countries. 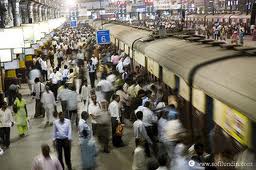 For starters, there will be untold masses of people endlessly walking up and down the narrow corridor or central aisle. Funny thing is, it’s a rarity to see the same person ‘coming back’ again a while later. Do they drop off onto the tracks one by one, like in some B-rate horror movie or something; curious. And then there are your companion travellers, of which there will be enough to fill the average baseball stadium twice over, and that’s just in your train carriage. If you thought the city roadways of India were a tad ‘busy’, then travelling by one of the middle-lower classes on an average Indian Railways train can be ‘enlightening’ to say the least. But that being the case, what a delight you’ll find in the whole experience.

There will be parents with a hoard of kids and babes in arms, possibly a box of chickens or even a small goat. Then there will be a few young members of the Indian army en route to their base or travelling back home on leave. More often than not, there will be teenagers who will come over and spontaneously quiz you on your ever-so-lacking knowledge on the law on the land; cricket. My advice, give up before you start; you will NEVER beat an Indian youth on that subject, ever.

The colours will dazzle and enthral your eyes. Of course that is nothing new as anyone who has been in India for more than 37 minutes will attest to, but with it all so, ‘in your face’ on a packed train, it’s quite something else. But it’s the never-ending noise that sticks with you, slapped permanently onto the inner lining of your memory for the next decade at least. Often the trains are not the quietest sure, but the inter-carriage doors opening and shutting every 3 seconds can be almost as hypnotic as the clackety-clack of the train’s heavy wheels on the steel tracks. 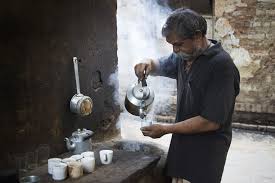 You will hear talking; you will hear laughter, and crying and phone calls by the gigabyte, and you’ll be asked for “Chai” (tea) around every 11th minute of your entire journey by the friendly chai Wallah who patrols the corridors 24×7 plying his trade. Now don’t be fooled into thinking “Hey, sure I’ll have a Chai over here!”, thinking you won’t be asked next time, you will. In fact, you’ll be treated like a regular and probably passed a cup without even being asked on his next ‘pass’ 11 minutes later. To be fair, it does slow down at night… well, maybe just to every 23 minutes or so. 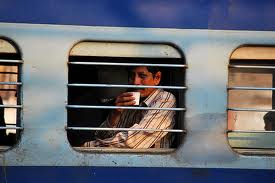