Today was my ‘pommies’ picking day. On the farm I only have just 3 established Pomegranate trees or bushes I guess you should call them, but they were pretty full this year all the same.

MANY FRUIT ARE LARGER THAN MY HAND

The good thing is that they are totally organic too. Pomegranate bushes are not that susceptible to disease, not in this climate, so apart from ants, birds and the damned chooks, not much seems to go wrong with this particular crop. I don’t spray them or use chemical fertilisers at all, just a shovel of goat poo under each bush in February does the trick.

Talking of the chooks, the pesky beggars certainly seem to be partial to a bit of pommie for their supper. At least 8 large fruit had a chook head sized hole underneath, and had been completely hollowed out 🙂

We also have 4 younger bushes which will hopefully start fruiting next season. Three of those are, supposedly, summer Pomegranates, which in theory will give us fresh poms in mid August, rather than late October – perfect for a hot summers day if picked and stored in the fridge. 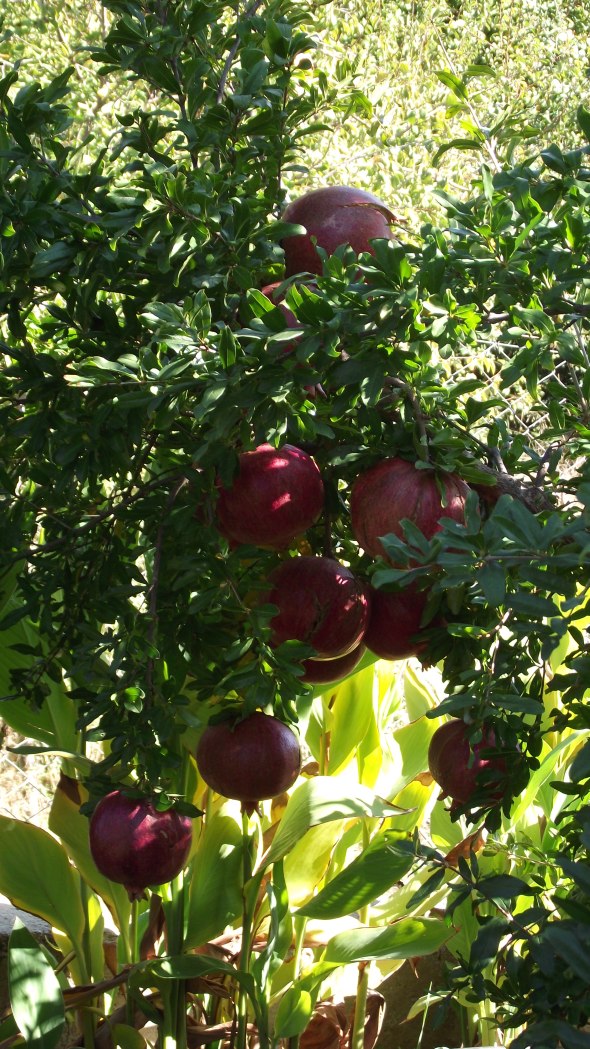 THESE BUSHES CAN HOLD ENORMOUS WEIGHTS OF FRUIT

A few have started to open up or are starting to soften, so those will be juiced and Pomegranate molasses made from that for our salads. We will scoff a fair amount too over the winter. They are great to eat while sitting in front of the wood burner of a winters evening 🙂

Hopefully we’ll sell 50 kg or so to friends and work colleagues, but like many locally grown crops, the commercial viability here has largely evaporated as the supermarkets are selling them at less than 1 Turkish Lira a kilo retail (say 20 cents a pound); so you can guess how much the initial farmers would get, perhaps 35-40% of that amount. But I bet it’s not quite the same product, knowing the fertilisers and sprays that will have undoubtedly been used, but for most folk, a low price counts for more than health. I guess that’s understandable in these financial climes.

Anyway, the storeroom shelves are stacked with some huge, yummy pomegranates for winter – job done in my book 🙂

Still funny to think these monster sized heavy fruit grow on such a small bush; and from such a beautiful and delicate flower… 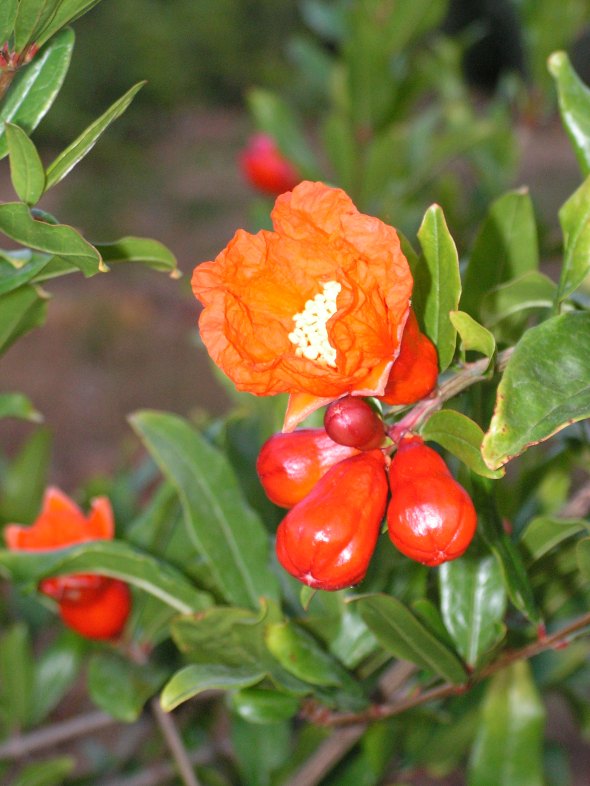