You know, there is one thing in life that really bugs me, and that’s folk who think they are better than others, just because of birth, position, privilege, rank or status. Are we not all born equal? Do we not all start out naked crying infants, dependant on our mothers for nourishment and nurture? Ok, I get it, I’m a realist and can fully appreciate that some people are indeed born into royalty; some have affluent parents, whilst others come into this world as poor and destitute. However, we are all human beings, and all of us have near enough the same starting blocks in life, at least this is generally true for say a bunch of classmates attending the same school.

Now I know full well that we don’t all end up the same; I mean, when I stop for 10 minutes and trawl through my friends list on Facebook, it is staggering to see how vastly different our paths have taken us. We all wore the same embarrassing short trousers to primary school, all ate the same fat-laced stodge served up 5 days a week by the school canteen, and yet wow, it is fascinating to see how we have all changed since those innocent days of the early 1970’s. 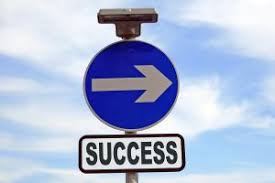 I happily applaud those who have worked hard to achieve something significant with their lives. Don’t misunderstand me here though. Success can be measured in many ways; be it financial, or in the world of business, or as a much loved parent or perhaps now even grandparent, or perhaps having excelled in the field of music, sport or academia. Success can mean a great deal of different things to each and every one of us. And let’s not forget those who have managed to retain a beautiful simplicity to their lives, as they are perhaps the most gifted of all; having the foresight to actually understand what is best for their own self, rather than most of who blindly chase after goals, standards and aspirations imposed on us by those who guide us through life, whether they are family, educationalists or your seniors at work. At the end of the day, we are, or at least certainly should have been, in charge of our own destiny. But whatever pinnacle we have reached in life, we are still all equal, are we not? We are still at heart, the same scruffy school kids who played tag in the same dusty schoolyard.

I respect people for who they are, not what they are. What I mean is that I have more respect for a man who sweeps the streets, works hard and works honestly and with pride, than a manager who believes he is better than his underlings by virtue of position. Sure, I do have respect for authority, I’m no anarchist; far from it, but I believe that respect has to be earned – it’s not a right that you receive as part of some total reward package.

I spent over 15 years working for a large financial institution, and believe me, I’ve seen more than my fair share of jumped up, egotistical little Hitlers. Equally, I also came across a number of people working in more senior positions than myself, who had a different take on their authority. A senior director once told me this…”I really respect your work; I don’t know if I could do it as well as you. Look, I’m no bigger or better than you. I know I earn a lot more, but I just do a different job, that’s all”. What I find hard to swallow are those who insist on the use of seniority titles as a way of differentiating ‘them’ from ‘us’. What’s that all about, eh? Why should position demand subservience? Again, I would go back to the point about respect being something one earned, not assumed. My wife works in higher education these days, a world rife with obsession over rank and position. I take my hat off to her day in, day out for putting up with it; perhaps she is far braver than I?

Many years ago, I think around 1993 or thereabouts, a small bunch of us from local branches of our bank travelled for hours and hours to reach our corporate Head Office. We were there for an awards ceremony as regional winners of a charity fund-raising venture we had taken part in for the preceding 6 months. This was the national play-offs, a competition to select and award the national champions. It was all very grand, all a bit jaw dropping for us really, this vastly different corporate world, compared to life in a local town bank.

I mentioned earlier about that senior director’s comments, and how attitudes can vary tremendously from one person in a position of power, to another. Well here is an example of the exact opposite, and to be honest, probably more akin to the norm of this world. I’m sure you can relate to this, can recall only too easily a situation where someone in a position of power or authority tried to make that fact known when, for the situation, it was totally uncalled for.

Anyway, the presentations were held up in The Gods… on the Executive Floor, up there in the ivory towers where normally a lowly bank clerk could not dare to be seen. Usually this place was strictly ‘off limits’, much the same as any executive area of any large company, but on that auspicious day, the hierarchy had seen fit to let the rabble in. Now I’ve never been quite sure whether it was a conscious decision to let ‘us’ in, or just to save ‘them’ from having to leave their lofty perch with comfy leather chairs, recessed lighting and china cups and saucers should the presentations happen to have been held elsewhere.

So there I was, up at head office, up there on the executive floor. We had successfully made our presentation, made it through another round, but now we had time to kill, and the best news – copious amounts of free refreshments to hand. In our branch, we had one old kettle, a box of cheap tea bags and the sort of instant coffee served free of charge for visitors to residents in an old people’s home. This however, was something else… there was a very nice lady who wheeled a big shiny trolley around, and served us tea and cakes, coffee and sandwiches; all for free. We were in corporate heaven for the day, we could see how the bosses lived, and I’m unashamed to say, we ‘liked it… most definitely liked it’. It was fun, and we managed to pass the hour or so between presentations without getting too bored, but of course, the laden trolley of goodies took its toll on nature. I had to ‘go’.

Back in the normal world, one could rely on one’s nose to locate the conveniences, bathroom, loo; call it what you will. But not up here, not in executive world. All the doors were solid wood, with discreet backlit signs for the benefit of the uninformed. And so it happened, I eventually found the ‘little boys room’. Wow, this was posh, with a level of poshness I hadn’t seen before, nor come to think of it, have ever seen since. There was discreet lighting, real cotton soft dry hand towels, hot water taps that actually worked, air conditioning and I didn’t check, but it wouldn’t have surprised me if they had fluffy carpet slippers for those longer moments when one is sat down. After a few seconds to take it all in, I shut my gaping mouth and wandered over to do the task I went there to do. Almost finished… and the door opened. Of course, I didn’t hear it, as the door was solid, opened in silence and the entrance way was lavishly carpeted.

Suddenly, an authoritative voice blurted out in my left ear “What are you doing in here young man? Don’t you know this is for Executives?” I turned my head towards the voice, just my head thankfully, remembering to keep my body focussed in the more appropriate forward-facing posture. Two pods up to my left, was a face I recognised from corporate literature; it was the Chief Executive, the CEO himself, The Gringe. Now this was odd I thought, what was this scowling old guy actually asking me? He was looking at me as if the very thing he had trod in on the pavement earlier that morning when walking his pedigree pooch through the roads of his leafy suburban executive road, had all of a sudden managed to invade his private domain and take on some bodily form, right next to him – the bloody cheek of it!

Now, I was never one to be scared of those in authority, respectful where it was deserved, sure, but never that daunted. And so I replied quite automatically… “Same as you I guess mate”.

That moment will stay with me till my dying day. The sheer look of shock on the old CEO’s face was priceless. Ten points scored for the common man.

Less than an hour after said incıdent, we learned we hadn’t made the eventual list of finalists. Not to worry, we had a blast, and raised a heap of cash for an extremely worthy cause. We proudly remained regional champions; it was the end of the road for us. But ever since, I always wondered about that final selection and my brush with corporate royalty in the little boy’s room: that great equalizer…