During my years in that wasteland otherwise known as an extended adolescence, I was known on occasion to partake in the odd vice or three. Most people, if they are brutally honest, have a cupboard somewhere containing a small family of skeletons. In my case, these skeletons were primarily related to those of a liquid or powder form, albeit these were clearly the largest of my skeletal clan. Whereas, most other traditional male vices involve elements such as pilfering, and the disbursement of funds for carnal high jinks, these were just not part and parcel of my scene. The singular symbolic small child in my aforementioned closet of skeletons could be said to involve the odd flutter; not in the feathered sense, but the odd financial wager. In my youth I certainly had a penchant towards taverns and hostelries or the odd street corner where certain transactional goings on would occur after dark; however the bookmakers or casino never held a particular attraction for me. In hindsight, I am particularly appreciative of the fact that my palate of shortcomings never really strayed into the world of gambling. There was however one very memorable, if not minor infringement on that score back in 1988 in the good old US of A.

I spent some 5 months in various parts of continental America en route as I was, between travelling adventures in the Middle East and what would turn out to be a rather prolonged stopover in Australasia. After various escapades up and down the East Coast, I found myself in Northern California, Sacramento in fact, the capitol of the Golden State. I had family out there on my father’s side that, having not known me from Adam, extended the welcoming hand of kinfolk and took me in for a few weeks, happily showing me around their part of the world. It was a grand time as I recall. They had what could only be described as a particularly charming Californian home, a cheery family life, and more importantly, a large hot tub out back. It was all told, a rather pleasant experience all round.

One late November weekend we embarked on a short road trip, heading east out of town on Route 50, towards Nevada. Passing through Shingle Springs, we continued our slow climb into the Sierra Nevada Mountains, through Placerville, and somewhere called Camino. The scenery was breathtakingly beautiful, as only Northern California can be. Being on the cusp of late autumn and early winter, the weather was superb, with a low sun, crystal clear blue skies and snow starting to be piled up on the roadsides. Having spent well over a year in hot climates before starting my American adventure, the sight of a bit of snow and ice was welcome entertainment. I had recently turned 23 and my cousin and hubby were perhaps in their early 30’s then, with a small person in tow. Now purely as a way to amuse the kid of course, we set about having the obligatory family snowball fight, parked off the road somewhere high up on Route 50 near to Pollock Pines. I can’t recall the make or model of the car they had, but suffice it to say, it was a large and incredibly comfy, gas-guzzling American thoroughbred. The big old motor was happily munching away the miles and took the hilly highway easily in its stride as we headed out of California across into the state of Nevada. 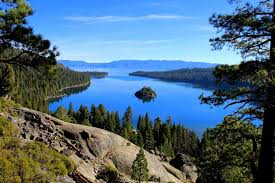 Eventually we drove around a bend in the road that signalled our descent, as right before our eyes opened up the magnificent vista that is Lake Tahoe. Being a somewhat naïve traveller back then, or at least I was when it came to the states, I remember being shocked as we drove into Lake Tahoe by the sudden appearance on all sides of the road of casinos of all shapes and sizes and other affiliated houses where one could wager ones hard-earned dollars on the colour red or black, or the turn of a card. As I mentioned at the start, gambling happened to be one of the vices that had never really taken my fancy, or at least, having been raised in the UK where betting was mostly confined to smoke-filled seedy little bookmakers shops, or a trip to the races, a pastime from which I was socially excluded by way of the limitations of my wallet, as well as my tendencies towards wearing long hair, earrings and colourful friendship bracelets adorned by the backpacker brigade in the 80’s. 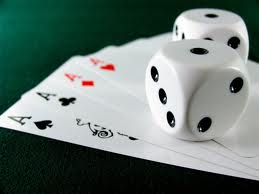 So this was exciting to me, something way out of the ordinary… entering a casino. Anyway, in I went, with a fist full of dollars ready to place my stakes. In actuality, I took 50 bucks in used $5 and $10 bills. It was all I had to spare, plus that was almost 25 years ago, so it was enough to gamble in my mind, however I doubt if they would even open their doors to you now for a measly $50. I had a peek at the tables, but having really no clue as to what the hell they were up to, I watched from the side-lines for a while, and then moved on. To be brutally honest, my experience at Blackjack or Poker was probably confined to a few hours watching 007 do his stuff on behalf of Her Majesty’s Secret Service. I ended up at the slot machines; at last, something more akin to my level of understanding, and it brought back memories of playing the arcade machines in the local Chinese Takeaway that we prepubescent village lads frequented of an evening back in the UK some years before.

I whiled away a good hour or so, and in doing so, saw my opening purse of $50 grow to an impressive $85 at one point, only to be followed rather shortly afterwards to a more disappointing sum total of $15. Whatever, I had fun and that was all I had ever intended, knowing full well from the outset that the $50 was as good as lost from the moment I heard the heavy door of my cousins car clunk behind me. Almost skint, I was preparing to depart that particular den of iniquity when, all of a sudden, a revolving light on my slot machine started to do its thing. A second or so later that was followed by a fanfare of celebratory music from the centrally piped sound system… this was all very peculiar I thought, I hadn’t gotten 4 stars in a line, nor was the machine itself doing any sort of entertaining musically enhanced lightshow you see in the movies to signify a BIG WIN. Nope, this was extra-ordinary, with the emphasis on the extra.

This scruffy young International Traveller was perplexed to say the least. A small crowd had started to gather, their enthusiasm for the moment only matched by my rapidly increasing level of embarrassment as a tall, leggy, well-proportioned young woman adorned in a very skimpy white sparkly bikini and a bunch of white peacock feathers as a hat, came striding ever so sexily across the hall towards me, yes aiming right for me! A man appeared from behind the girl brandishing a large camera from which he fired off a raid succession of shots like some frenzied member of the paparazzi. As it transpired, at certain times of the day, the casino computer selects a gaming machine at random, and whoever happens to be playing it at the time wins something. Still slightly bemused and embarrassed over all the fuss and attention, I graciously accepted a little lace bag tied up with a cute bow from my equally cute feathered new best friend.

After what was probably the obligatory 2 minutes, the furore died down, the crowd dispersed, the photographer scuttled away and rather depressingly (for me), the bikini-clad beauty contacted ‘casino control’ to locate the whereabouts of her next lucky victim… and was gone. There I was, standing there with $150 worth of chips in my hand. Wow, what a result!! I’m sure for the casino, it was a pittance really, and they knew with almost certainty, that the money would be reinvested, and lost, within minutes of being handed over. Not me though… that was a lot of cash when travelling. I quickly cashed in my chips and charged out into the bright sunshine in search of my cousin. I reckon that was one of perhaps just a handful of occasions that I ever had a flutter… and even better, I had won, well sort of. My cousin was a bit speechless at first, but after having a good laugh, we ended up enjoying a rather agreeable afternoon in Lake Tahoe, managing to find better ways to spend some, if not all of my new found wealth.

Nocturnal Garden Adventures… In My Boxers »
« How to destroy a trailer home !

13 thoughts on “The Gambling Man”