How to destroy a trailer home !

CHILDHOOD. A simple word perhaps, but one that encapsulates everything that happens to us during our formative years. So just what does it mean to you; what sort of memories does it evoke?

For me, my childhood was a time of discovery, adventure, mishap and escapade, as a mischievous young lad growing up in rural southern England. With a brother 6 years older, an authoritarian father who worked away a great deal and very few kids nearby to play with, much of the time I was left to my own devices to get on with discovering life. In no way would I consider this to be a negative, on the contrary, I owe much of the life success to those early days of independence. Living on what could be largely considered a self-sufficient smallholding, surrounded by cattle and arable farmland on the edge of the New Forest, my entertainment was mostly self-made. There were no electronic gadgets back then, just 2 or 3 TV channels, no local playground or youth club and very little in the way of organised activities. The result was a childhood where you made your own entertainment, sought your own adventures in an area where chasing cows was more common to us than riding skateboards.

This story is of one adventure I went through, from a time when I was perhaps 8 years old. During my younger years, there was a girl who lived next door to us called Rosalind. We played together a great deal as basically; there were no other kids within walking distance of where we lived and school was some 9km away (5.5 miles), ergo, no schoolmates close by either. Rosalind, or Rozzie as I remember her, was around my age and naturally, my best mate.

Much different to my own family’s tidy arrangement of small farm, fruit orchards and formal garden, Rozzie’s place was largely unkempt, but in a way that only a kid would consider awesome. They had a fair amount of land, and much of it was overgrown, with tall, gnarled old trees, a couple of wooden outhouses full of long forgotten rusty garden tools, spider webs, dusty corners and we were convinced, an old ghost called Harry. In addition, there was also a very old single story brick built structure, a sort of shack that was known as The Cottage. I remember there being a thick, dark matt of ivy that had almost covered the entire place, so much so, that it was almost hidden amongst the trees; a true place of mystery if ever there was one in the minds of two young adventurers. It was within the crumbling walls of The Cottage, that many a plot against the ‘grown ups’ was concocted; the place where many of our childhood dreams started; and even the place where we became engaged… as you do when you are 4 years old.

Another interesting artefact within their grounds was a caravan, or small trailer home. I can’t remember if it was theirs, or whether it just belonged to a family friend who had just parked it up there for long term storage. But I do recall it being a ‘proper caravan’, complete with beds, a seating area, curtains, pillows, a table and a galley, or kitchen. Now, this caravan was considered by us to be quite the treasure trove, especially for two young buccaneers and the fact that we found it to have a fully working kitchen was the icing on the cake on one particular day we were playing the game of ‘families’.

There was a small, dusty metal sink, with a small tap in the corner that spurted water when you jumped on a pedal we found on the floor nearby. This was our first significant find, but how clean that water was, and how long it had been sitting in the container feeding that tap, god only knew, but water was water. In the cupboards, there was all sorts of stuff to play with; old plates, some cutlery, a few cups and a couple of old china mugs. In one of the cupboards we discovered some food upon which we could survive and raise our family – in the make-believe world of ‘families’, you sometimes had to survive for years, isolated as we were from the outside world. In one pot we found, there was some brown powder, which upon taste-testing, was confirmed as being hot chocolate, yummy; and so this was our second significant find. 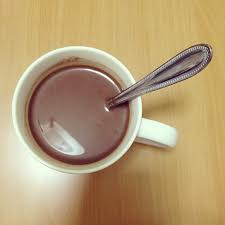 We had mugs, we had water, and now we had hot chocolate. The next significant find was the cooker, well not that in itself it was much, but I do remember vividly the excitement when we turned the greasy once white plastic knob, and heard the hiss of the gas, that WAS significant – we could actually have hot chocolate, and complete our quest. Only slight problem, there was no ‘click-click’ button, and no means of lighting the gas. Hmm, stumped for a few moments, we started to plan our next steps. One would stand guard (me), whilst the other (Rozzie) would go off in search of an ignition source, or to put it plainly, to sneak into her mom’s kitchen and grab a box of matches.

Time passed extraordinarily slowly as I waited for Rozzie to return. Hidden in the bushes, guarding the entrance to the caravan, my wait seemed to go on for ever. In reality, it was probably no more than 3 or 4 minutes, but as a kid on a mission, time counts; and every second seems like a minute. Rozzie made it back, which was all that mattered. Having negotiated her way past her mom on the way to the kitchen, having successfully grabbed some matches from an upper shelf using a chair she dragged ever so quietly across from the kitchen table, she slipped past her mom once again and darted back outside and ran back through the woods to the caravan.

We stood there in the galley, positioned opposite the door to the caravan. We had water in the kettle. We had two scoops of cocoa powder in each mug. And now we had matches. The mission was an affirmative GO. 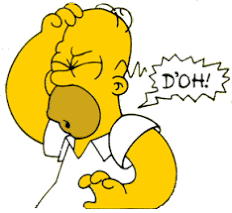 The next thing I remember was feeling rather warm, a bit shocked, and a bit disorientated. More significantly, I was no longer INSIDE the caravan.

At this point, we were both sat on our butts OUTSIDE the caravan, both devoid of our eyebrows, both missing our fringes and both rather in shock and awe by it all.

As you might have guessed, the gas had been slowly hissing from the stove during Rozzie’s match-finding mission, and so the gas cloud had ignited instantaneously as I stuck the match head along the side of the matchbox. In the process, it had blown the door of the caravan wide open, cracked the windows, and shot us both outside like a couple of underpaid stunt actors on the set of some B movie.

Looking back, I think that was perhaps the moment my engagement to Rozzie came to a natural end.

What I do know, is that it’s forty odd years later, and I’m only now just becoming comfortable cooking with gas. For years I preferred an electric stove when it was available, or if not, I was very wary indeed of cooking with gas. As you may have expected, we were on the receiving end of a rather stern telling-off from our respective moms, and I think both of us were grounded for some indeterminate period that well exceeded the crime in our minds.

On the brighter side, I do recall being a bit of a folk hero at school, having acquired no lasting medical damage, that is, beyond my facial hair realignment. As a kid, you always want to be one apart from the crowd, yes? Well on that score, the adventure was a notable triumph. My son is now 5 years old. We have no caravan nearby. But he is a miniature version of me in every way… I now have to just wait I guess; wait and see what he plans to top his old dad in the stakes of childhood adventure.

14 thoughts on “How to destroy a trailer home !”