Ever been to India? Well, for me, the Indian Subcontinent holds a very special place in my heart for a number of reasons. For starters, there’s the culture, the sights, the smells, the sounds. I heard it once described as “a complete assault on the senses”, and I would have to agree. Within seconds of arriving in India, the sheer madness hits you like a runaway juggernaut; but that is just part and parcel of the wonder of India. It’s like going to sleep in a small fishing village in rural Devon, and waking up smack in the middle of the Trocadero in London, or from the tranquil white cotton fields of South Carolina, to Times Square at 11:30pm on a Saturday night. The vibrancy of India is magical, ever so slightly overwhelming I’ll have to admit, but always heart-warming and invigorating. 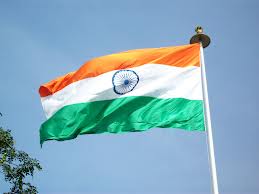 But to me, the main attraction or centric beauty of India lies within its people. On the whole, I would have to say that Indians are probably one of the friendliest, most charismatic, sincerely genuine bunch of people that I have had the pleasure to come across in all my travels. From the beach vendors of Tamil Nadu, to the fishermen of Kerala, from the riverside mourners of Varanasi to the tea-pickers in the hills of Rajasthan, the smiles and warmth of the people always shone through. And away from India too, from a delightful Indian cabbie in Dubai, to a great family restaurant in Westbourne, on the south coast of the UK, and then there were the many migrant IT professionals I had the pleasure to work alongside for almost 5 years. All in all, it’s the people of India that make it India. I guess you can attribute that statement to any nation, but I find it especially pertinent to India.

Now this little rambling is from a visit to the state of Kerala, at the southernmost tip of India, in the later part of the year 2000. Based a little north of Kovalam, in the district of Thiruvananthapuram, we spent some memorable weeks exploring the area; on foot, by taxi, elephant and of course, tuk-tuk. As with any visit by a westerner to India, the adventure starts the second you get off the plane. As it happens, we flew on a charter flight from the UK, simply as it was the cheapest option at the time; however, not being one to favour the sheep mentality of the package tourist, we decided early on to part company from our fellow travellers within metres of exiting customs. Now the choice was simple, wait with the crowd for an hour or so for a slow, but inclusive bus transfer, or just to try our own luck. The latter seemed the most attractive option.

After 20 minutes of haggling, bartering, arm waving and head shaking (with both the western and Indian varieties of head-shaking in play), we secured our transportation… a garishly colourful tuk-tuk, or motorised rickshaw. In fact, it was more akin to a covered seat from a fairground ride attached to the back of a large moped. Rami, our tuk-tuk driver and new best mate, was emphatically confident that he could get us to our destination an hour ahead of the bus, for about $5, and that we could relax and enjoy the scenery as we went.

Yes, we arrived at the right place and yes, it was for the agreed price, no hassles; however, he was perhaps a little economical with the truth about the relaxation and enjoyment part of the venture. With all the finesse of a pack of starving dogs chasing a squirrel on heat through a city park, Rami drove us at warp speed through the state capital, and out towards the coast of the Lakshadweep Sea. In what can only be described as the most hairy of 35 minutes imaginable, I’m pretty certain that our little vehicle broke a few laws of physics, as well as 90% of the traffic laws.

As with all Keralans we met, Rami was an immensely proud man, and happily pointed out a few sights as we went haring past them at break-neck speed. One thing that has always puzzled me; is how our luggage ever managed to arrive at the hotel at the same time as we did… with just a few bungee straps securing my backpack, and my wife’s suitcase that was stuffed with too many clothes, too many shoes but not enough sun lotion. Now, safe and sound may not have been the words that immediately sprang to mind, but yes, I am here now, writing this tale, so I guess one can surmise that we arrived ok. Upon payment, just as agreed, no hassle, Rami then bid us farewell and sped off back to the city, waving and grinning like a lunatic as he flew off up the road. There was no doubting that we had well and truly arrived in India.

12 thoughts on “The Arrival, Indian Style”